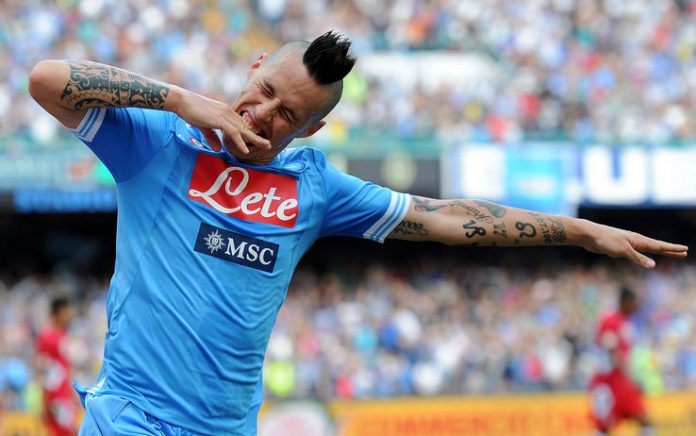 Liverpool have been linked with several central midfielders this summer and the latest name linked with a move to Anfield is the Napoli midfielder Marek Hamsik.

The Slovakian midfielder has been sensational in the Euro 2016 so far and has apparently impressed the Liverpool manager Jurgen Klopp.

Italian journalist Emanuele Giulianelli is reporting that the Premier League giants have submitted a 45 million Euros offer for the Napoli star.

Liverpool’s need for a creative midfielder is no secret and the links with Kovacic, Zielinski and Dahoud also prove that the Reds are indeed looking to strengthen their options in the midfield.

In the absence of Henderson, the Liverpool midfield suffered in terms of creativity and Klopp is keen on addressing that area this summer.

Hamsik recently claimed that he is unsure about his Napoli future. He said: “Will I remain at Napoli? 50:50, in football you can’t ever know!”

Time will tell if these reports of a bid are true. 45 million Euros is considerable money for Hamsik and there is no reason why Napoli would turn down that kind of money if the player wants to join Liverpool.

The Slovakian can play as an advanced central midfielder as well as a number ten. Liverpool were turned down by the German midfielder Mario Gotze earlier this summer and Hamsik could well be an alternative.