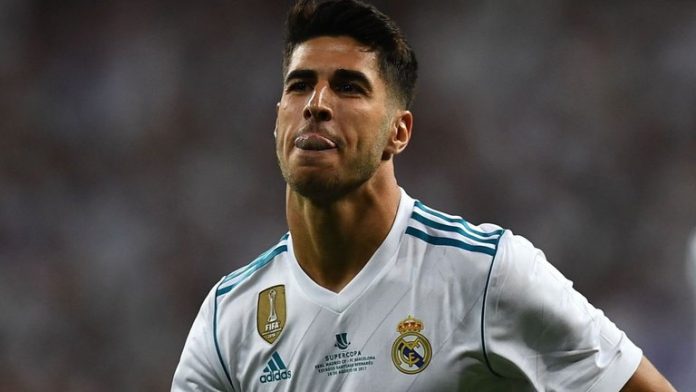 Liverpool have been linked with a stunning move for Real Madrid star Marco Asensio.

Spanish media outlet Mundo Deportivo has claimed that the Reds have tabled a “formal and firm offer” of £158 million for the 22-year-old.

Madrid would use the income from Asensio’s sale to fund the purchase of Neymar from Paris-Saint Germain.

Asensio – currently with Spain at the World Cup in Russia – played 53 of Madrid’s 62 matches last season, but many of his appearances were from off the bench.

He was known to be frustrated at his lack of starts last season and a move to Anfield could give him the game time he feels he deserves.

Here is how fans reacted to the news on Twitter.

So Coutinho is replaced by Asensio + 30 millions . Doesnt make sense . Liverpool is not even willing to pay 80 millions for a decent keeper

So people actually think Liverpool will spend over 100Million on Asensio??? Lol are u people okay??

Marco Asensio is one player I'd love to see at Liverpool, never happening but I'd love it

Liverpool have 100% NOT bid to €180m for Asensio. Not having it at all. Nonsense

Tbh these headlines about Asensio to Liverpool is ridiculous money. Most likely false. Don’t think Klopp would spend that much on 1 player #LFC https://t.co/BonKo7ebEN

Don't get me wrong asensio is class and I'd love him at Liverpool but not for 150m, I'd rather go in for Oblak and possibly back in for fekir.

I read the rumors about #Asensio and #Liverpool. Next joke please. Real Madrid does not let him go, and why would you go to Liverpool from the best club in the world? His minutes are coming this season at Real Madrid. #halamadrid

Asensio to Liverpool?
Focus on bringing in a keeper that’s more important for 100 mil less first???