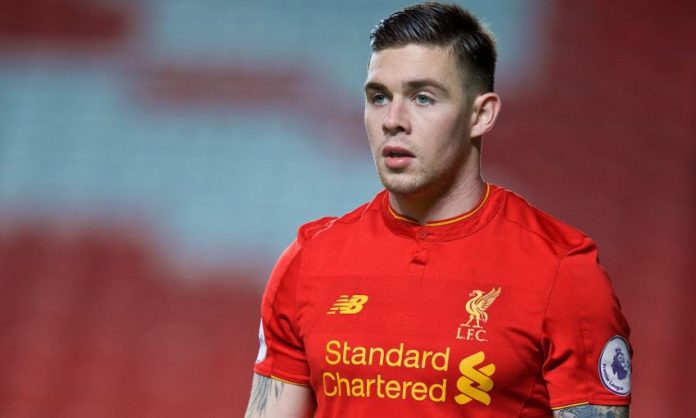 Liverpool attacker Jack Dunn has completed a loan move to Tranmere for the rest of this season.

The Premier League giants have confirmed the deal on their official website. The 22-year-old Liverpool player was on loan at Morecambe earlier this season.

Dunn has been at the club since the age of six and was highly rated by the academy staff a few years ago. However, the forward never quite managed to take the next step and force himself into the manager’s first-team plans.

The Liverpool youth star had a good spell with Morecambe and will be looking to impress with Tranmere now. Dunn scored six goals in 19 appearances for Morecambe this season. The young attacker will be hoping to help fire Micky Mellon’s men to promotion from National League. Dunn is a versatile forward who will add some cutting edge to Tranmere with his lethal finishing.

The 22-year-old is in the final six months of his Liverpool contract now and is unlikely to get an extension. It seems that Dunn’s time at his boyhood club is set to end soon.

Micky Mellon expressed his delight after completing the deal to bring Dunn to Prenton Park.

He said: “I’m delighted to bring a player of Jack’s quality to the club. He’s got a lot of talent and hopefully he’ll have a big role to play for us in the coming months. We’re grateful to Liverpool for allowing Jack to join us for the rest of the season.”