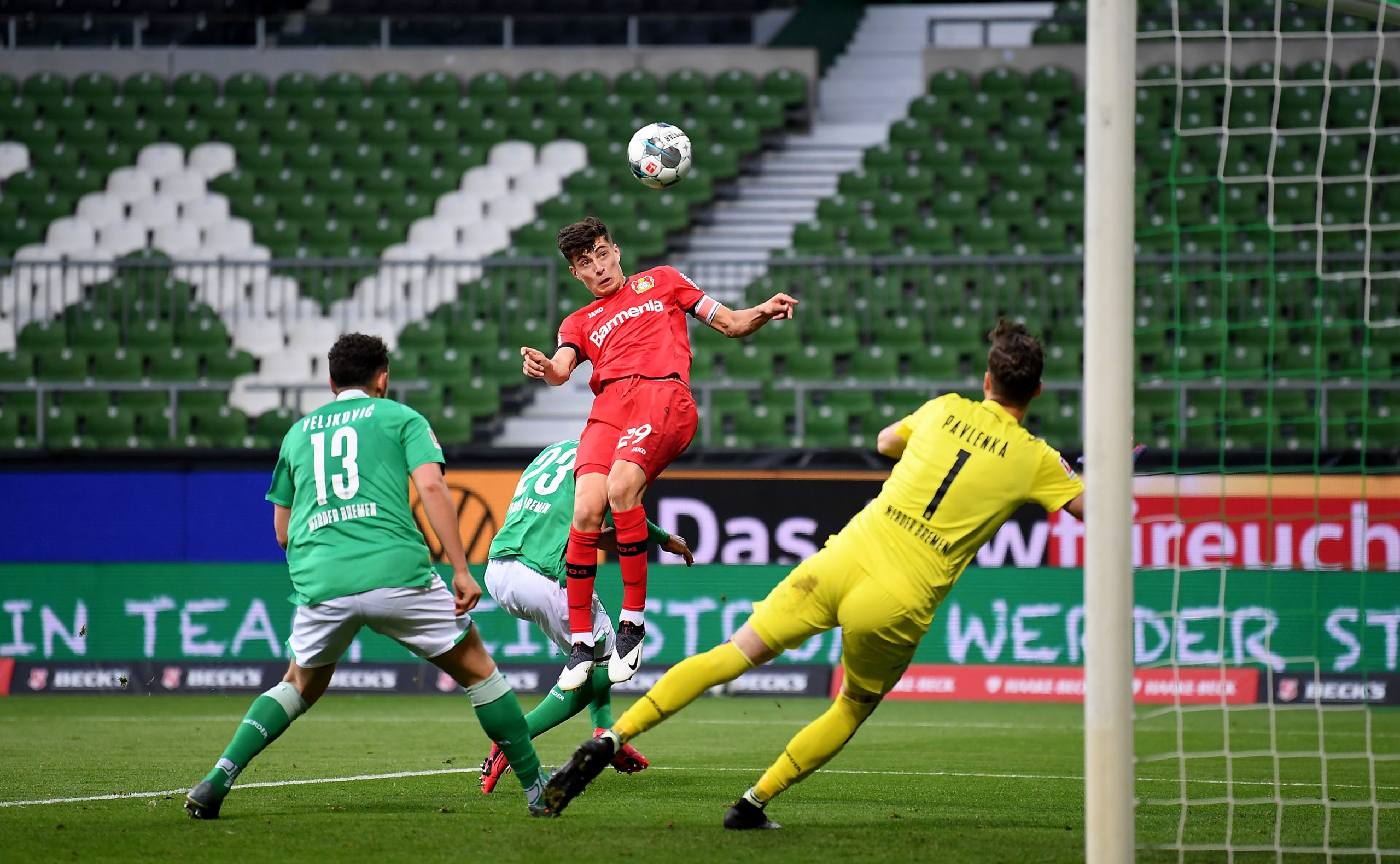 Bayer Leverkusen star Kai Havertz was in impressive form against Borussia Monchengladbach this evening, scoring twice in his side’s 3-1 win.

Having been linked with a summer move to Anfield, Liverpool fans have been keeping an eye on the 20-year-old since the Bundesliga resumed action behind closed doors last weekend, and his performance this evening caught their attention again.

Havertz is a wanted man in the English Premier League, with the likes of Arsenal, Chelsea and Manchester United all tracking him and hoping to beat Jurgen Klopp’s side to his signature.

Liverpool and co will have to part with at least £90 million to have a chance of landing the youngster, though, and their fans have urged them to do so.

Some of them even reckon Havertz will be a better addition to the squad than Timo Werner, and here is how they reacted to his performance against Monchengladbach on Twitter:

IMO Kai Havertz is way better than Timo Werner and that’s the Bundesliga forward LFC should been signing. 💯

I really do hope #LFC sign him, he's a prodigy..and Klopp will make him even better than any other manager. pic.twitter.com/gjVgS7nRBC

Kai Havertz can join LFC any time he likes

stating the obvious but kai havertz is an absolute talent. kid’s playing up front and is still doing bits. would be on board with us spending whatever it took to get him on board #LFC

4 goals in 2 games for Kai Havertz what a talent. The hype is real. Michael Edwards work your magic #LFC

#KaiHavertz must leapfrog over #TimoWerner as a top priority signing for @LFC. Werner move may wait, but Havertz is perhaps the closest anyone comes in emulating Roberto Firmino's style of play at the club.#TacticallyObsessed #TransferNews #TransferRumours @Bundesliga_EN

The Leverkusen star is primarily a midfielder but is also capable of playing in attack, and has scored 14 goals and assisted seven others in 36 games across all competitions this term.

Havertz definitely has what it takes to improve Liverpool, and landing such a huge talent will make them stronger going forward.