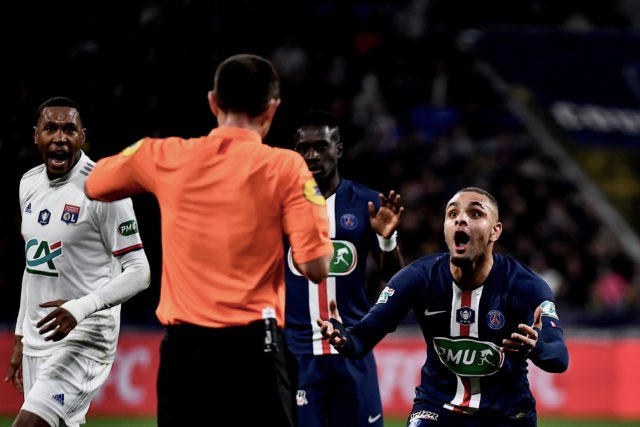 Liverpool fans have taken to social networking site Twitter to express their reaction to reports linking the club with a move for Layvin Kurzawa.

According to reports from Sport, Liverpool have joined Arsenal and Barcelona in the race to sign the Paris Saint-Germain defender.

The 27-year-old has entered the final three months of his contract at PSG. He has made 23 appearances for the French giants this season, and has managed over 120 appearances since he made his move for Monaco.

Liverpool have Andrew Robertson as their first-choice left-back. The Scottish defender is arguably one of the best left-backs in the country, but the Reds do need a solid back-up.

The versatile James Milner has played in that position when Robertson is unavailable, but Jurgen Klopp could be looking to bring in another good player.

Kurzawa would be a decent signing for the Reds given his age, quality, and experience. But most importantly, he would join on a free transfer. Here are some of the selected tweets from the Liverpool fans:

We need a back up for Robbo. Makes sense.

Yes he is a good back-up

Cover/back up on a free makes perfect sense. Plus 🤞Adam Lewis can get over his longterm injury & he csn push for a place another LB option for thr senior side. We have Williams as Clyne's replacement as the 2nd RB in the senior side. Plus Milner has played there too when needed