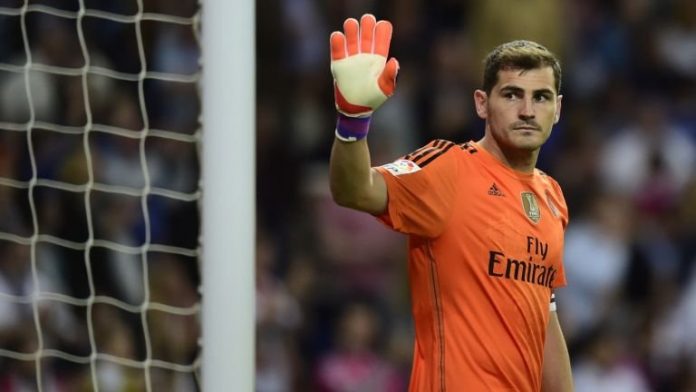 Former Real Madrid goalkeeper Iker Casillas could be set to move to the Premier League.

According to Spanish media outlet El Pais, his current club Porto are looking to offload the 36-year-old during the January transfer window in a bid to comply with financial fair play rules.

The Reds were linked with Casillas during the summer, but opted against a move after showing faith in Simon Mignolet and Loris Karius

However, the pair have made a shaky start to the season and Liverpool’s defence has continued to leak goals.

Newcastle United, West Bromwich Albion and Watford are also thought to be interested in signing Casillas.

Liverpool manager Jurgen Klopp has come in for plenty of criticism over his side’s defensive problems and Casillas could be a good short term fix in the goalkeeping department.

Casillas has been dropped to the bench for Porto’s last two matches, but remains one of the most influential goalkeepers in history after helping Madrid win five La Liga titles as well as three Champions Leagues.

He is also the most capped player in Spain’s history and has won the World Cup plus two European Championships with the national side.