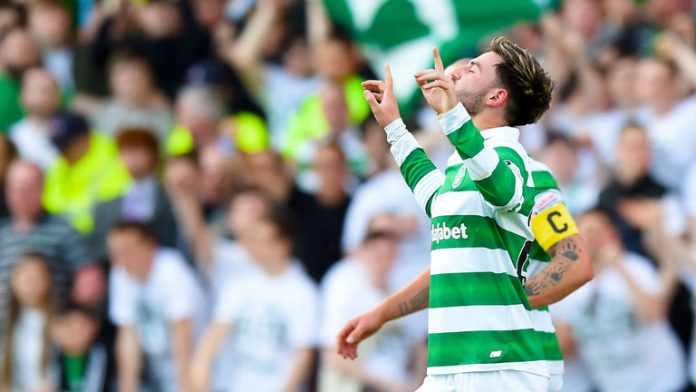 The 21-year-old has been on loan at Celtic for the past season-and-a-half, but the Telegraph has claimed that a permanent switch to Leicester is now on the cards.

Roberts began his professional career with Fulham, making his debut against Man City as a substitute in March 2014.

He signed for City on a long-term deal for a around £12 million in 2015, but was loaned to Celtic the following January.

Roberts has scored 18 goals in 78 appearances for the Scottish club.

He has represented England at various junior levels and played an integral role in his country’s victory at the 2014 European U17 Championship in Malta.

Roberts admitted ahead of Celtic’s victory over Motherwell in the Scottish Cup final in May that he wanted to return to England and make his mark in the Premier League.

“I’ve enjoyed my football (with Celtic) and everyone knows that,” he told Sky Sports.

“But you also have to look at the bigger picture and I have certain ambitions in my head and places that I want to be.

“To get there I need to come out of my comfort zone and try to reach those targets, but playing for Celtic has been a dream come true and I’ve enjoyed every minute.

Losing Mahrez would obviously be a blow for Leicester, but if they can secure Roberts as part of the deal that would soften the impact somewhat.

The ongoing saga over Mahrez’s future has been a distraction at the King Power Stadium – acquiring Roberts and around £50 million in cash would be a decent bit of business for Leicester.