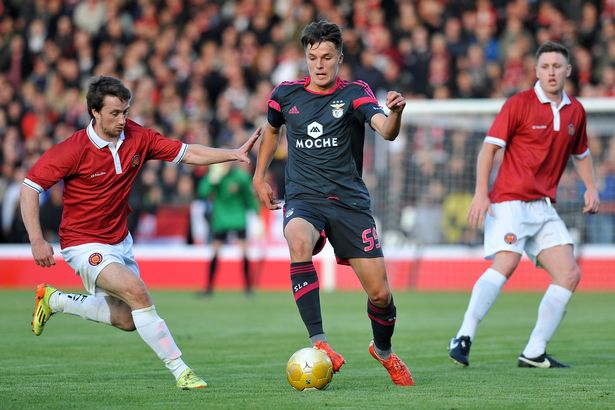 Benfica forward Oliver Sarkic is all set to be confirmed as a Leeds United player soon.

The 20-year-old attacker has joined the Championship outfit on a half-season loan until the end of December.

Yorkshire Evening Post are reporting that the agreement was reached before the transfer window closed and Leeds have secured a clearance for the player as well. The Report adds that the transfer should be announced before the end of this week.

Sarkic is expected to join up with Leeds’ U23 squad. He was a key member of Benfica’s reserve team and it will be interesting to see if he can make an impact at Elland Road now.

The young forward should treat his half-season loan as a trial period and if can impress the Championship club, there is no reason why the move cannot be made permanent.

Leeds are working towards improving their academy and Sarkic could prove to be a clever addition.

Sarkic had a trial with Premier League outfit Swansea City earlier this summer. He was on loan at Fafe during the second half of the last season.

The Montenegro U21 international failed to impress during his trial at Swansea and he will be desperate to earn a permanent move to Leeds now.