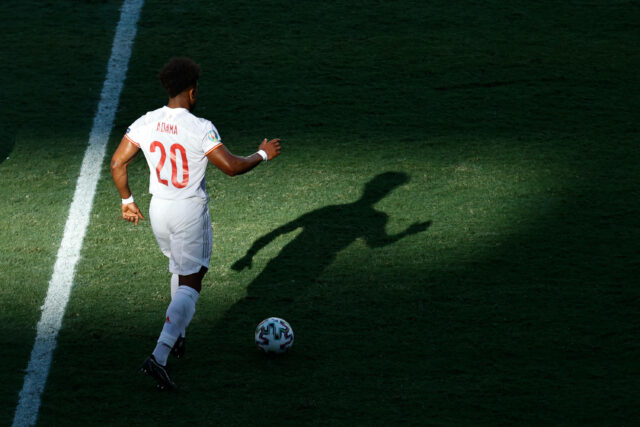 Journalist Beren Cross has claimed that Leeds United are not interested in signing Wolverhampton Wanderers winger Adama Traore this summer.

The Whites have been linked with a move for Lewis Bate.

Cross, in a Q/A session for Leeds Live, has suggested that Bate will join the U23 side and that Leeds could be looking to sign more players this window.

One of the players who have been linked with a move to Leeds in recent months in Traore, but it seems it’s only a media-driven rumour.

“Traore doesn’t seem to fit the current bill, as I understand it,” he wrote.

Earlier this week, reports from 90min claimed that Leeds are weighing up a summer move for the Spanish winger.

It has been claimed that Marcelo Bielsa is a huge fan of Traore, and the Argentine wants to bring him to Elland Road.

The Spaniard is keen to leave Molineux, while cash-strapped Wolves would be willing to offload him if they receive the right fee.

West Ham United are also on the hunt to sign Traore, with David Moyes enquiring about the player’s availability.

Liverpool are also interested in the 25-year-winger, with the Reds reportedly willing to pay around £25 million for his signature.

It seems Leeds have other targets in mind and that Traore is not what they are after.