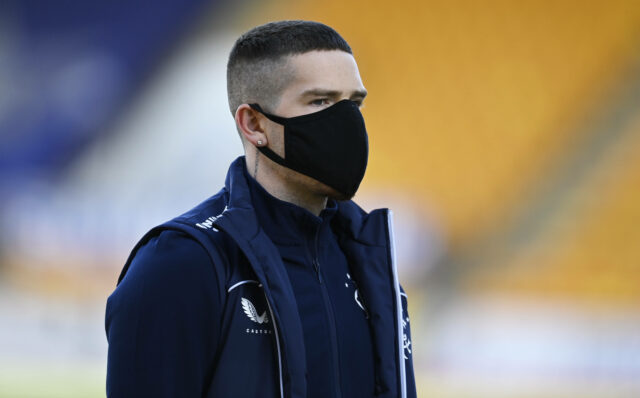 Rangers winger Ryan Kent was outstanding for the Gers last season, and he is still wanted by Leeds United.

Leeds attempted to lure Kent away from Ibrox in 2020, but Rangers stood firm on their decision not to let him go.

It proved to be the right one as Kent played a massive role in helping Rangers lift the Scottish Premiership title last season.

The former Liverpool winger bagged 13 goals and 15 assists for the Gers across all competitions, proving his class and quality.

According to The Athletic, Leeds still retain an interest in signing Kent from Rangers.

Although the Gers are under no pressure to sell their prized assets, there is a concern that they have recouped very little from sales while investing around £40 million since Steven Gerrard took charge three years ago.

Glen Kamara and Alfredo Morelos are being targeted by several clubs, but Kent is arguably their most saleable asset.

Leeds have signed Jack Harrison from Manchester City permanently this summer, but Marcelo Bielsa could look to add another winger to his ranks.

Bielsa is a long-term admirer of Kent, and the Argentine still wants to bring him to Elland Road.

Kent has shown his class in Scotland and could be eager to make an impact in the Premier League if he gets an opportunity.

Leeds are now better placed financially to submit a good offer for Kent, which could force Rangers into selling him.