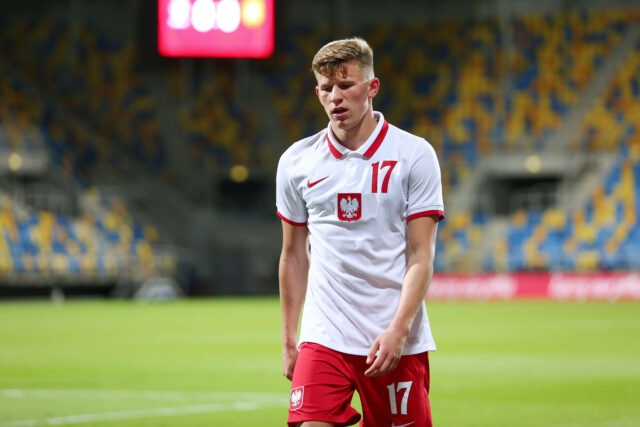 Leeds United have confirmed that midfielder Mateusz Bogusz has joined UD Ibiza on loan until the end of the season.

The 19-year-old midfielder has made three first-team appearances for the Whites and spent last season on loan to UD Logrones.

It seems he will now continue his next stage of development away from Elland Road again, after sealing another move to La Liga 2.

Many Leeds fans have taken to Twitter to express their reactions after the club officially confirmed the news.

Some feel that it will be an excellent move for him, while others are concerned whether he has any chance of making it to the senior team in the future.

Good luck to him ! I remember when jet2 opened a base in Malaga and asked fr ‘volunteers’ fr a year,I was out every night and skint every week,came back 2 grand in debt !

Is this indicative of Leeds not wanting him? Two seasons not training with Bielsa when we are short in midfield.

This does seem a curious case. Went on the Australian 'Tour', scored a belter in the second game and looked on the verge of breaking through. Barely been sighted in the two years since. Age is on his side (19/20?) but not training in the Bielsa hothouse doesn't bode well.

Confidence seemed to drain from him the longer it went without an opportunity. Don't think his performances in the U23's by the end were anywhere near where they were when he started with us??

What a move that is for the young lad 🕺

Quality player. Will be good for him to get some game time

The teenager is one of the most highly-rated young players in Poland, and there is no reason to believe he can’t make it to the senior grade at Elland Road if he performs well during the loan spell.

Having said that, he is clearly not yet ready to play in the Premier League.

A loan move to a Premier League club would have been ideal for his development.

However, a move to La Liga 2 side suggests that he has a long way to go before playing regularly for Leeds.

Read: Patrick Bamford is close to agreeing terms at Leeds.