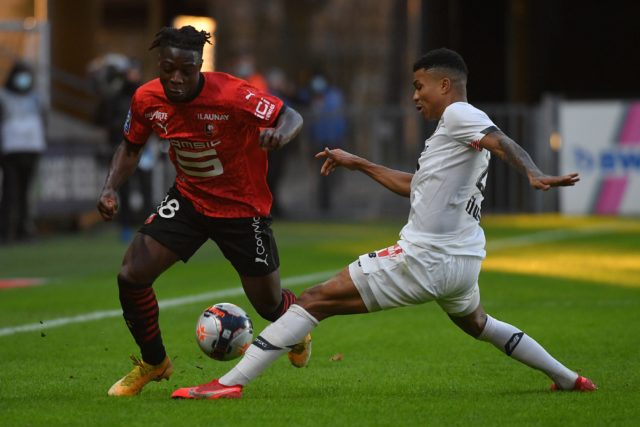 Leeds United have reportedly joined the race for Lille midfielder Boubakary Soumare but Leicester City are also hopeful of signing the youngster.

According to reports from The Guardian, the France U21 midfielder is valued at around €35 million (£30.3m) but has only one year left on his contract.

The Foxes are hoping to sign him for a cut-price fee, and they have already made contact with Lille. They are third in the Premier League and on course to qualify for the Champions League.

However, it seems Leeds have also joined the race, with Football Insider claiming the Whites have earmarked Soumare as a potential target.

Phil Hay claimed earlier this month that Victor Orta has been checking on midfielders as Leeds are looking at cover and competition for Kalvin Phillips.

Leeds have done well this season but they have struggled in the absence of the England star, who has been simply sensational in the defensive midfield role under Marcelo Bielsa.

The Whites boss has used Pascal Struijk in Phillips’ position, but he is more comfortable playing as a centre-back.

Leeds youngster Jamie Shackleton can also fill his role, although he is more effective playing as a box-to-box midfielder.

Soumare would be a superb signing for the Whites. He is a quality player who would bring a different dimension to the midfield but it seems the Foxes are leading the chase for his signature.