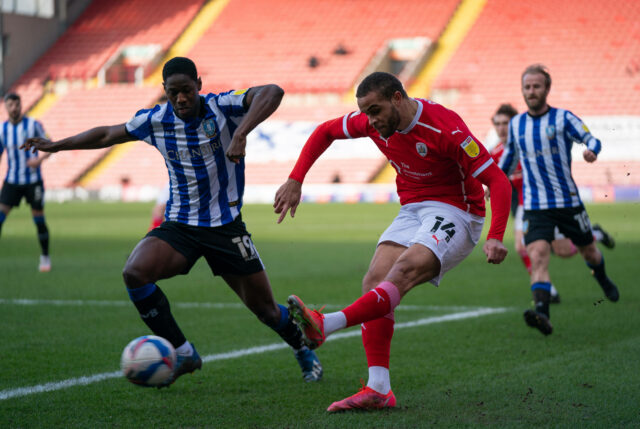 The report claims that Watford and Crystal Palace are also monitoring the 20-year-old defender.

The youngster is out of contract at Hillsborough next season, and clubs can sign him on a free transfer.

The young central defender has made nine starts in the Championship this season, and a further two appearances have come from the bench.

He has impressed heavily for Wednesday in recent months, producing eye-catching displays against Barnsley and Luton Town.

However, his contract situation has generated attention among several clubs, including Leeds and Palace, according to Sheffield Star.

Phil Hay claimed recently that Leeds will look to sign at least five players in the summer transfer window.

The Whites need to sign a new left-back, with Ezgjan Alioski leaving the club in the summer.

However, Leeds do not need to bolster their centre-back ranks in the summer.

Marcelo Bielsa has Robin Koch, Liam Cooper, Diego Llorente and Gaetano Berardi in his squad, while Pascal Struijk is also proving to be an accomplished centre-back.

However, given that Urhoghide will be available on a free transfer, Leeds may take a gamble on him.

In other news, Norwich City are looking to sign Cardiff City midfielder Will Vaulks.