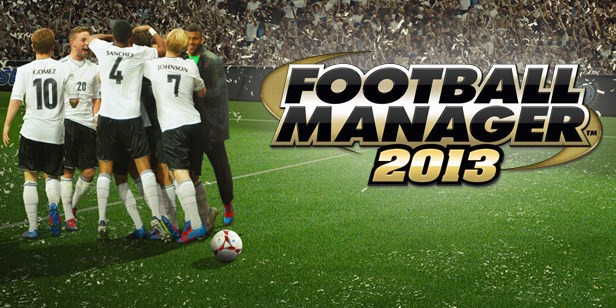 Football Manager appeals to a certain personality – the stats obsessive, the long-term strategist, the patient and the meticulous. But it doesn’t just suit this kind of personality, it engulfs it.

And fortunately for the creators, Sports Interactive, the people with these mindsets play enough to not even question the long, straight, ginger hair of their new black, computer generated striker in 2019.

Sadly I have played every version since Championship Manager 96-97 (which I played aged 7) and even taken Harrogate Town to the Champions League on FM 10 in my first year at University, a pointless achievement, yet one I celebrated more than Freddie Flintoff the night after an Ashes win.

However it seems I have been overtaken on the commitment stakes by a new comedian, Tony Jameson in his Fringe show “football manager ruined my life”.

Jameson’s audience may be niche but his shows were sell outs. He estimates he’s played the game on average three hours a day (which, even to me, seems excessive) and has therefore spent two and a half years of his actual life clicking “continue game”.

He talks about his virtual time in charge of Blyth Spartans, who he has taken to Champion’s League success.

After winning the Champion’s League he quickly left the house and jumped on an open-bus tour to celebrate. He has even filmed himself talking about deadline day FM transfers out of a car window à la Redknapp.

He talks about his addiction saying “The worst it got was probably when I reacted to getting a touchline ban by playing the game from outside my room,” he says. “I hit start, left the room, came in again at half-time, hit start and left again…we lost 1-0.”

Other Comedians’ Takes On FM

He is not the only comedian to discuss Football Manager. Kevin Bridges has suited up for games whilst Jason Manford discussed the time he was playing on a train as Man City and it was the Manchester derby. It was 2-2 until the 97th minute when United scored a winner (typical). It was at this point the man on the train next to him shouted “yeeesssss” and began to celebrate much to Manford’s annoyance.

That’s What You Get for Missing Virtual Training

Manford also admitted “I met Micah Richards and I was a bit rude to him. Afterwards my dad, who was with me, said ‘you were a bit rude to Micah Richards’. I said ‘yeah, I don’t know why’. It was only when I got home I realised on Football Manager he’d turned up late for training a couple of times.”

There is even a book dedicated to the cult game, suitably named “Football Manager Stole My Life; 20 Years of Beautiful Obsession“.

Co-author Macintosh has heard some horror stories. “There was the student whose friends staged an intervention, holding him down and smashing the disk in front of him, and then the chap, another journalist, whose wife found him sat with his head in his hands in the kitchen late one night. ‘What’s wrong?’ she said. ‘I’ve been sacked,’ he mumbled. His wife burst into tears. She was pregnant, they’d just taken out a mortgage, she was terrified for their future. It took him several minutes to clarify that he’d only been sacked on a computer game, not in real life.”

If Only He’d Listened

The game is loved worldwide and can even be accurate, demonstrated by Messi being first discovered on FM. Alex McLeish’s son even tried to persuade his Dad, then Rangers manager,  to buy a young Messi when he was at Barcelona B based on his FM game. Fortunately for Messi, McLeish senior didn’t listen.

You know you’re addicted when….

Football Manager 2014 will be released on Thursday, 31st October 2013. Time for an early winter break?