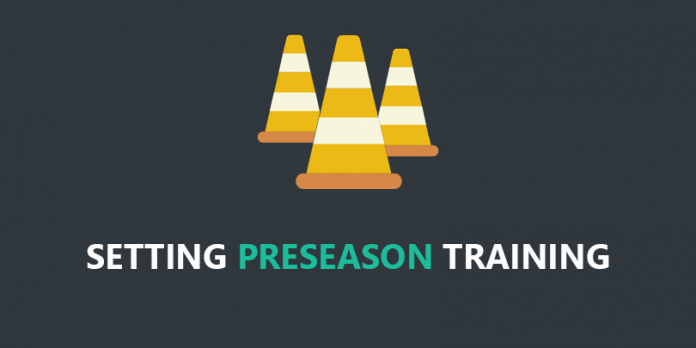 Football Manager has grown into one of the most popular games across the globe over the last few years.

With millions of users devoting a lot of their time to the game, here are a few pre-season training tips that could help you prepare for the demands of a challenging season.

Getting the right backroom staff is essential for anyone wishing to build a dynasty in Football Manager as well as in the real world.

Just as in the world, Football manager follows a pattern of systematic development when it comes to the players and the club. Bringing in the right coaches will not only make your job easier, it will lay down the proper foundations at the start of the season.

No matter what your training plans are, the sessions will be affected by your staff’s attributes.

So for example, a coach with lower ratings in the ‘working with youngsters’ attribute will not be able to develop the pool of young talent at your disposal. Similarly, if you want to inculcate a professional and disciplined attitude in the camp, get someone with a high rating in the ‘level of discipline’ category.

There are other qualities to focus on such as man management, tactical nous, personality etc – so you can choose depending on what your team’s needs are. 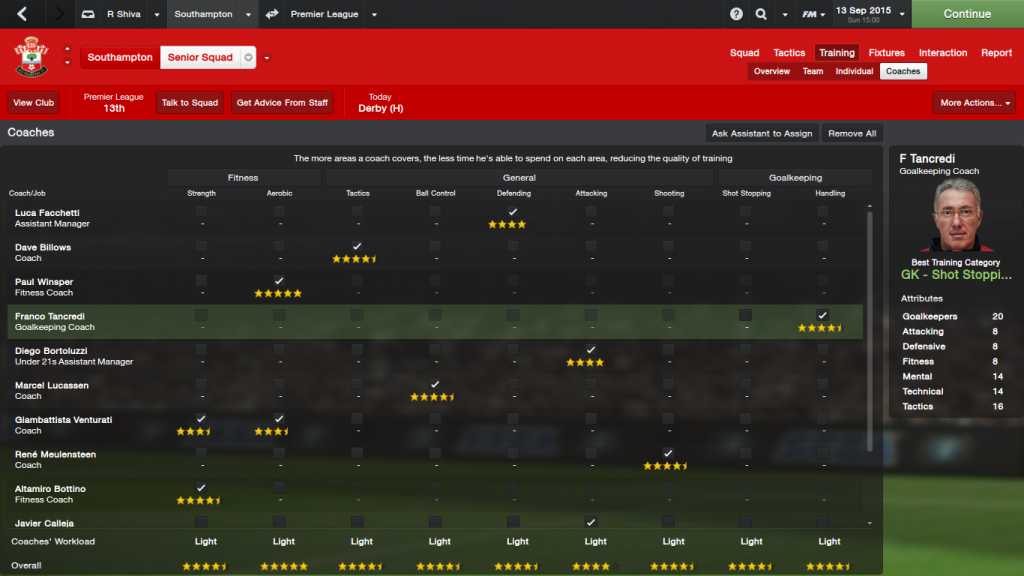 In order to get the best out of any system, it is imperative to ensure that all of your players are on the same page tactically.

For example, you might not want to play a long ball game when you take charge of Stoke City. In the case of a major tactical overhaul, you must train your players accordingly and focus on tactical training.

Try and use your preferred formation and style as much as you can during pre-season. Furthermore, one should always focus on ‘more match training’ to get the players ready for the start of the season through intense match preparations.

On the tactics screen, there is a bar which indicates the tactical familiarity of your team. As the players start getting used to your way of playing, the bar keeps increasing. A full bar indicates that your players have mastered your playing style.

The beauty of Football Manager – something long-term players take for granted – is how realistic it can be even though it is ‘just a game’. Pre-season matches are a case in point – like the real world, they don’t mean much in the grand scheme of things but are critically important for making sure players gain match fitness or tactical familiarity in playing in a certain way.

The simplest approach is to let your assistant or another member of the club staff arrange pre-season friendlies so you can focus on the tactics and manage the squad in the games themselves.

Use your pre-season to nurse players back into fitness, let players rest if they’ve had a gruelling last season or have played in an international tournament, and even though the results don’t matter, try and get a few wins under your belt as the team hits the start of the season – the morale boost will help when going into the first game.

Training the players individually is important if you want to keep the shape of your team intact during games and get the most out of your tactics.

If you are looking to play a patient passing game, you need to train your metronome to stay deep and keep recycling the possession throughout the game. You simply cannot pull off a tiki-taka with players who have a tendency of advancing forward all the time and are lacking in attributes such as composure and off the ball work.

So if you want your wide players to cut inside all the time and your full backs to maintain width, make sure you train them individually with the focus on those attributes. 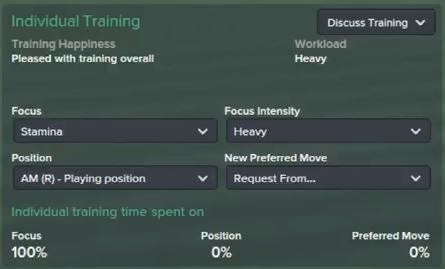 The overall training focus is basically emphasising on a specific mode of training at the start of the season. So if you focus on the Fitness mode, more emphasis will be placed on improving your players physically. If you intend to play a high pressing game all season, building up the fitness levels of your players during the pre-season could make all the difference for you.

Similarly, one should focus on team cohesion for a few weeks in order to get the players used to one another. This works best when you have a lot of new signings and you want to blend in as soon as possible.

There are other types of training to choose from such as tactical training, ball control, attacking training or defensive training. Depending on your needs, the overall training focus can be customised to prepare the players better. 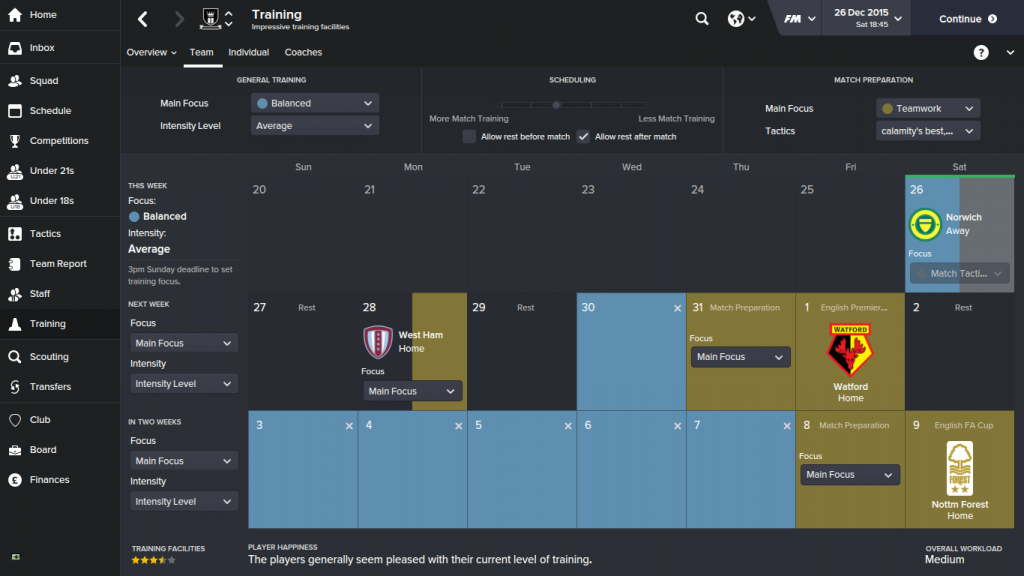