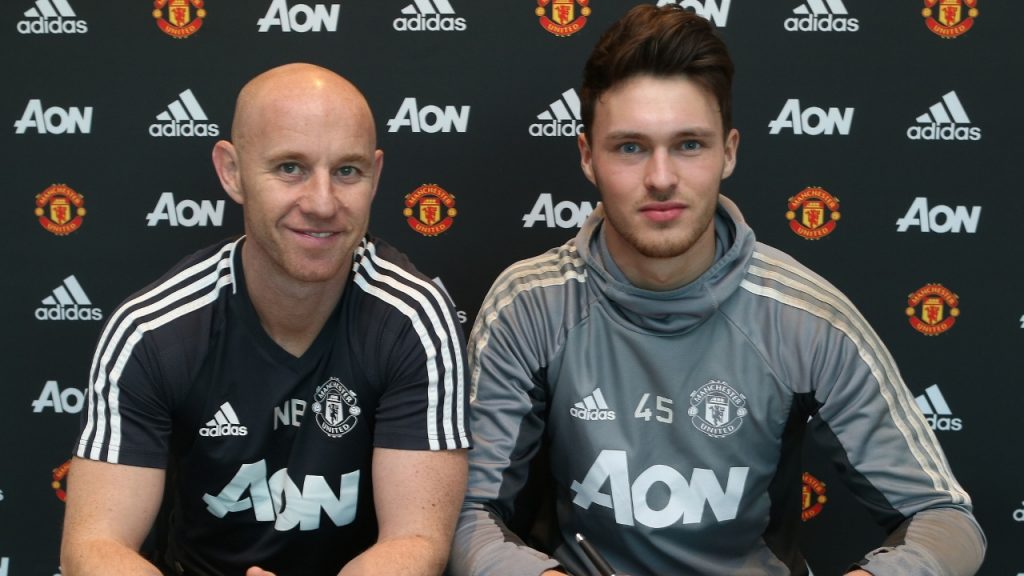 Manchester United have agreed to a new deal with the highly talented academy keeper Kieran O’Hara.

The 21-year-old has been very impressive for United’s youth teams and he is currently the fourth choice keeper at the club. O’Hara has kept four clean sheets in 10 appearances for the United reserves this season.

According to a report on Manchester United’s official website, the highly rated academy star has signed a deal that will keep him at the club until 2020.

O’Hara is highly rated by the head of coaching at the Manchester United youth academy, Nicky Butt, and that is why he has been offered a new contract at Old Trafford.

It will be interesting to see whether O’Hara can break into the first team setup in near future. Despite his talent, starting ahead of De Gea seems very unrealistic at this stage. However, cup games could open a window of opportunity for him. He could save United some money by developing into a good backup keeper for the first team.

O’Hara has already forced his way into the Republic of Ireland’s U21 squad.

Having signed his deal, O’Hara said:

“Since I joined United, it has been everything I expected it to be. The club gives you all the guidance that you need from experienced coaches to improve every single day. But I know that the hard work has just started and that I need to continue to listen and give everything in training and the matches we have coming up. I know I’m at the right place to continue my development as a young player and I’m thrilled to have signed a new contract.”