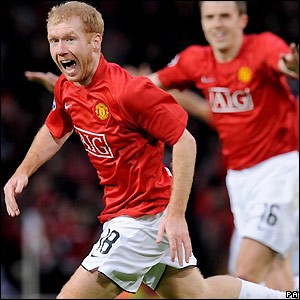 As the excitement hots-up ahead of Saturday’s Kentucky Derby – run at Churchill Downs – we take a look at all 20 runners (and the two reserves), plus their riders for the first leg of the US horse racing Triple Crown.

Won the Wood Memorial Stakes by a neck last time at Aqueduct, but did beat the likely favorite – Zandon – back in December. From the Todd Pletcher yard that won this in 2010 and 2017.

Likey outsider having won just one of his four starts, which came on debut at Santa Anita. Plus was just over 12 lengths behind Taiba last time out.

Leading player in the Kentucky Derby betting after two eye-catching wins in February and March. The last came in the Louisiana Derby at Fairgrounds – a race last year’s Kentucky Derby winner also ran in – when scooting away with that prize by 2 1/2 lengths from Zozos. Prior to that he beat another Kentucky Derby runner Smile Happy. Leading player.

One of the more experienced runners in the field with 7 past outings. Has won two of those runs, one of which was an easy win at Meydan in Dubai in February. The worry though would be the low draw (4) and the trip – both career wins have been over 6f and 7f.

Unexposed colt that has only had three career runs. Has runs second to the better-fancied Epicenter and Zandon the last twice, but went off favorite both times to suggest connections feel he’s a useful horse. Bit to find, but a lively outsider, being he’s one of the few past winners at Churchill Downs in the race.

Five runs and yet to finish out of the top two (2 wins). The last of those was a fair second to Taiba at Santa Anita and with that coming off a 2 month break can be expected to have improved for it. No shock to see a good run from this colt with the 3-time Derby winning jockey John R Velazquez riding.

Raider from Japan that beat Summer Is Tomorrow well at Meydan last time out in March. Has won 3 of his four starts and has a fair draw in 7. The negative would be that he’s never raced in America, but if taking to the track is unexposed and would have a live outsiders chance.

Unexposed colt with just the three past runs – all coming at Gulfstream Park. Yet to finish out of the first two, but did see the back of White Abarrio in the Florida Derby last time out so has just over a length to find with that horse. From the Todd Pletcher yard that have won this race twice in the past.

Another of the more experienced sorts with 8 career runs. Has, however, won five of those so knows how to get the job done. Heads here having also won his last two and the last of those he saw off Tawny Port by a comfortable 2 1/4 lengths. Bit more needed but an outside queak ffrom draw 9.

One of the leading players for the 2022 Kentucky Derby after beating Smile Happy by 2 1/2 lengths last time in the Grade One Blue Grass Stakes at Keeneland. With that only his third career run should have more to come and has the 2019 winning jockey Flavien Prat riding. Big chance.

Another from the Todd Pletcher yard who have won this race before, but looks to have a fair bit to find having been beaten the last twice by Epicenter at Fairgrounds.

One of the few unbeaten colts in the field – heads here 2-from-2 after wins at Santa Anita. The last of those he saw off his stablemate – Messier – in the Santa Anita Derby by 2 1/4 so will be well-fancied to uphold that form. Has plenty of experience in the saddle too, with the two-time winner of this race – Mike E Smith – getting the leg-up.

Yet to race out of the first three, with his last three runs all coming at Gulfstream Park. Was a beaten favourite last time out in the Florida Derby (3rd) so have just over 2 lengths to find with the winner of that race – White Abarrio.

Arkansas Derby runner-up the last day at Oaklawn Park in early April. Was just under 3 lengths behind the winner – Cyberknife – that day so a bit to find with that horse. On a plus, has run at Churchill Downs before (2nd), but overall is yet to win a race which is the concern.

Popular grey that was last seen winning the Florida Derby by 1 1/4 lengths. Before that he beat Simplification easily in the Grade Three Holy Bull Stakes and looks a fast-improving colt. Certainly one for the shortlist, having also had experience of the track when third at Churchill Downs back in November.

Was running well earlier this season with wins at Tampa Bay Downs, but flopped last time in the Florida Derby. That run was probably too bad to be true so if you can forgive that would have a small squeak.

Another from the Brad Cox yard that won this race 12 months ago. Won the G3 Lexington Stakes at Keeneland last time out but prior to that was beaten by Tiz The Bomb and Epicenter so will need to overturn that form.

Yet another runner from last year’s winning yard and could outrun his odds. Was only 2 1/2 lengths behind Epicenter last time out at Fairgrounds, but before that had won both starts in good fashion. Unexposed and lightly-raced so no shock if there was more to come from this 3 year-old.

Last seen running fourth in the Lexington Stakes at Keeneland in the middle of April, so has around 3 1/2 lengths to find with the winner of that race – Tawny Port. Before that was also well put in his place by Zandon at the same track and is still looking for his first career win. Would be a shock winner.