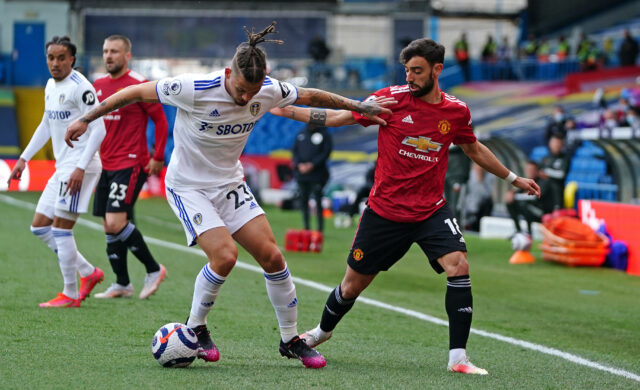 Leeds United secured a 0-0 draw against Manchester United in the Premier League on Sunday.

The last time the two sides met, it ended in a 6-2 defeat for Leeds at Old Trafford. This time they played out a hard-fought draw, with Kalvin Phillips once again producing a top-class performance.

After the match, Phillips took to Instagram to comment on the result. And in response, the likes of Diego Llorente, Jamie Shackleton and Pascal Struijk showered praise on the England international. 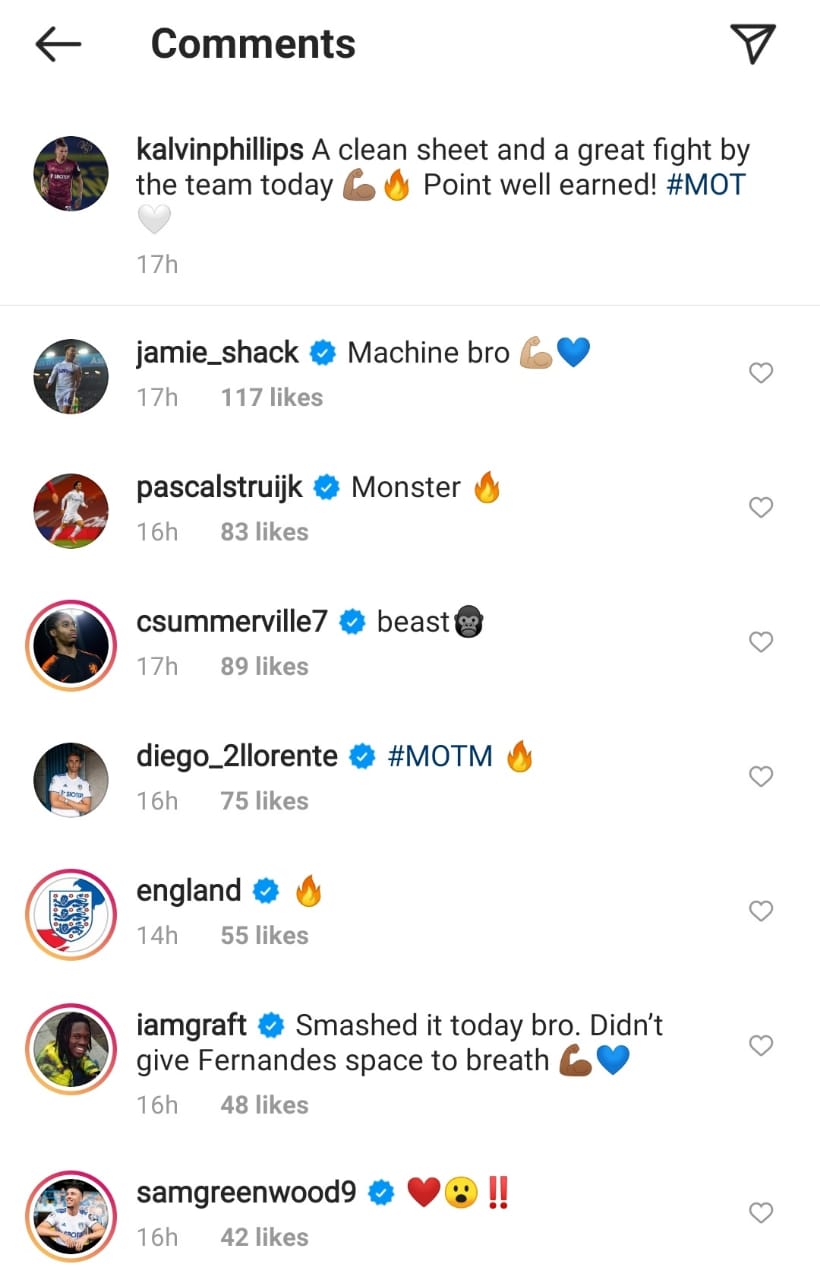 Leeds have played really well since their 2-0 defeat against West Ham United in March.

They are undefeated in their last six games since then, including draws against Chelsea, Liverpool and United.

Phillips was tasked with marking Bruno Fernandes and did an impressive job. Fernandes did have his moments, but Phillips was outstanding in keeping him quiet for large parts of the match.

The 25-year-old won eight challenges he attempted and was influential for Bielsa’s side. Struijk and Llorente were also equally impressive.

The result gives Manchester City an edge in the title race. They will be crowned Premier League champions if they beat Crystal Palace on Saturday and United lose at home to Liverpool the following day.

In other news, Leeds, Everton and Rangers want Moumi Ngamaleu.