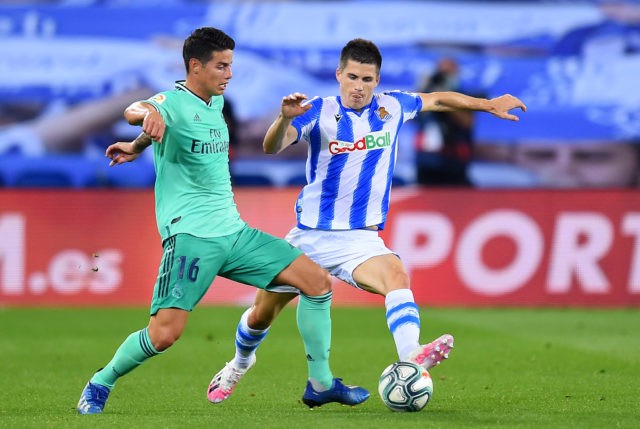 Everton are looking to secure the signing of James Rodriguez at the earliest and talks are ongoing with Real Madrid.

Transfer guru Fabrizio Romano claimed yesterday that the Toffees are still in talks to sign the 29-year-old attacking midfielder.

According to Be In Sports journalist, Tancredi Palmeri, Everton have agreed personal terms with Rodriguez.

The Colombian international will pocket €4.5m per year as wages.

Palmeri claims that the main obstacle remains in reaching an agreement with Los Blancos.  Real Madrid and demanding a fee in the region of €25m (£22m) while Everton are looking to get him at a reduced price.

Everton have reached an agreement on personal terms with James Rodriguez at 4.5m€ per year.
Main obstacle still the price requested by Real Madrid, that demands 25m€ while Everton wanting to cut the fee

Sky Sports reported earlier this week that Everton are closing in on the signing of Rodriguez. They have already made an offer that is under consideration at the Bernabeu.

Should the deal go through, the Colombian, who doesn’t feature in Zinedine Zidane’s long-term plans, will be reunited with Everton boss Carlo Ancelotti for a third time, having played under him at Bayern Munich and Real Madrid.

Rodriguez has just 12 months left on his Madrid contract, and Los Blancos are willing to offload him this summer. The world-class attacking midfielder is keen to make the move to Goodison Park on a three-year deal.