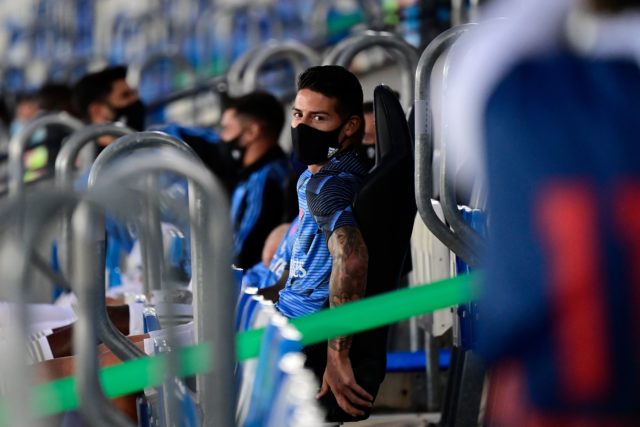 Everton are close to securing a deal for James Rodriguez this summer.

Carlo Ancelotti is looking to bolster his attacking department and has earmarked the Real Madrid attacking-midfielder as a potential option.

The 29-year-old, who joined Madrid in 2014, has made 125 appearances for the club in all competitions. However, he is not in Zinedine Zidane’s first-team plans, and Los Blancos are looking to offload him.

Everton are in talks to sign the 29-year-old who has just 12 months left on his Madrid contract.

According to Winsports Tv journalist, Carlos Aleman, Rodriguez is close to joining the Toffees, and only fringes of the deal needed to be finalized.

He has claimed that the 76-times capped Colombian international will shortly be traveling to Liverpool to complete his move to Goodison Park.

The former Porto winger will pocket €4.5m per year as wages.

Real Madrid and demanding a fee in the region of €25m (£22m) while Everton are looking to get him at a reduced price.