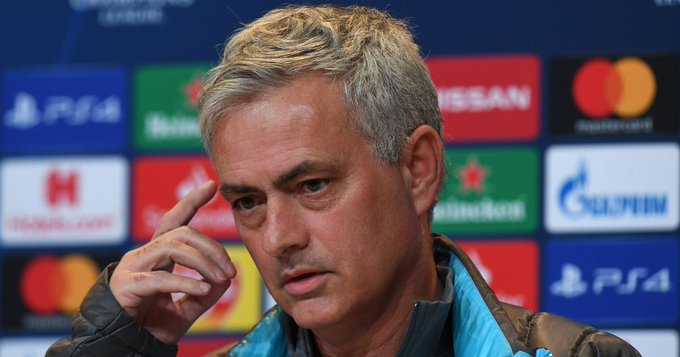 Tottenham Hotspur manager Jose Mourinho has said that the north London club are working hard to bolster their squad in the January transfer window.

Mourinho has admitted that Spurs need to sign a striker this month following the injury to Harry Kane.

The England striker has undergone a hamstring surgery and is expected to miss the rest of the season. Spurs desperately need to sign a striker and has been linked with a host of players in the past two weeks.

When Mourinho was asked to comment on the situation (links with potential targets – Llorente, Piatek and Ze Luis), the Portuguese said to Football London:

“These are three names out of 30. Lots of names are coming and the majority of them are coming by players entourage, agents, people that want to put players’ names in the market.

“Do we need a striker? Yes, if possible yes, but it has to be a positive situation for us so in this moment we have these attacking players that of course are very good: Son, Lucas, Lamela, Lo Celso, Dele Alli.

“Of course they’re very good but we miss that target man. So if it’s possible then we are doing everything possible. It’s not easy but we’re trying to add players to the squad.”

Spurs have already signed Gedson Fernandes on loan from Benfica this month, but signing a striker is essential.

The likes of Son Heung-Min or Lucas Moura can be a stop-gap option for a few games, but Mourinho cannot go on for the rest of the season without having a proper striker.

At the same time, Mourinho doesn’t want to sign a player just for the sake of it. Plus, Spurs probably won’t pay over the odds to get any particular player. So, it is an interesting situation they are in.