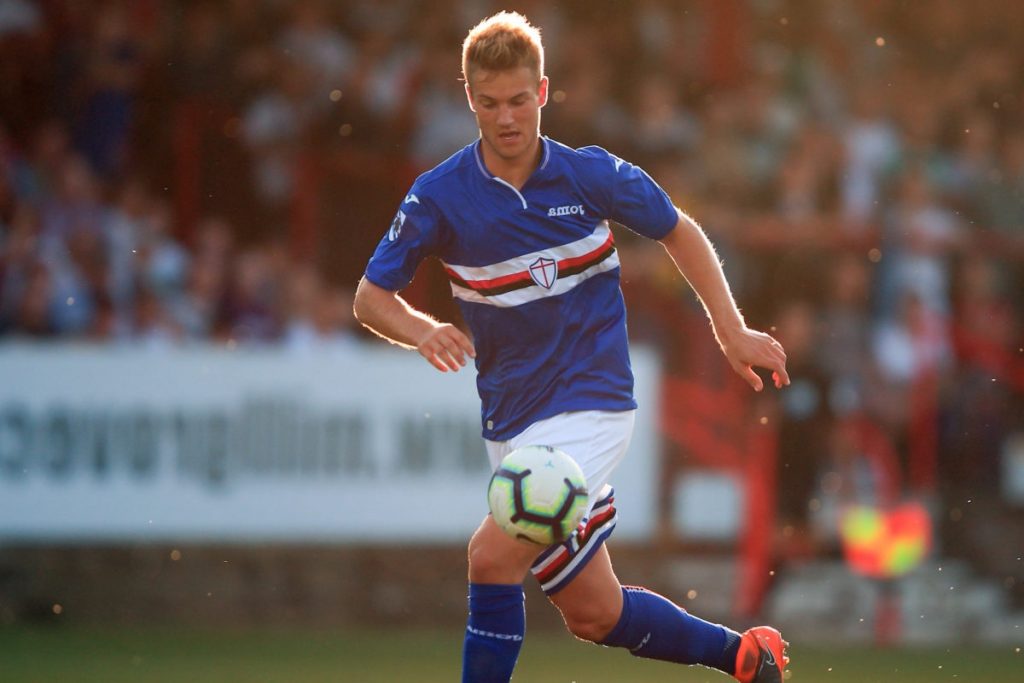 Sampdoria defender Joachim Andersen has been linked with a move to England this year.

The highly rated centre back is impressing in Serie A and the likes of Tottenham are thought to be keen on the player.

Andersen has now spoken to the media about the speculations surrounding his future and the transfer interest in him.

The defender said to Elf Voetbal (translated by SportWitness): “Everyone is asking me at the moment where I am going. Of course I also get it that big clubs would be interested in me and that is very nice to hear, but at the moment it is not the time to talk about a new club, I am proud to play for Sampdoria and I want to do everything we can to put ourselves in the Europa League.”

It will be interesting to see if Spurs or any of his other suitors make a move for him at the end of this season.

The 22-year-old is a prodigious talent and he could develop into a top quality defender in future.

Mauricio Pochettino could certainly use someone like Andersen in his side next season. Spurs could lose Toby Alderweireld in the summer and the Belgian will take some replacing.

With the likes of Davinson Sanchez and Juan Foyth already at the club, Pochettino could lay the long term defensive foundations at Spurs by signing Andersen this summer.