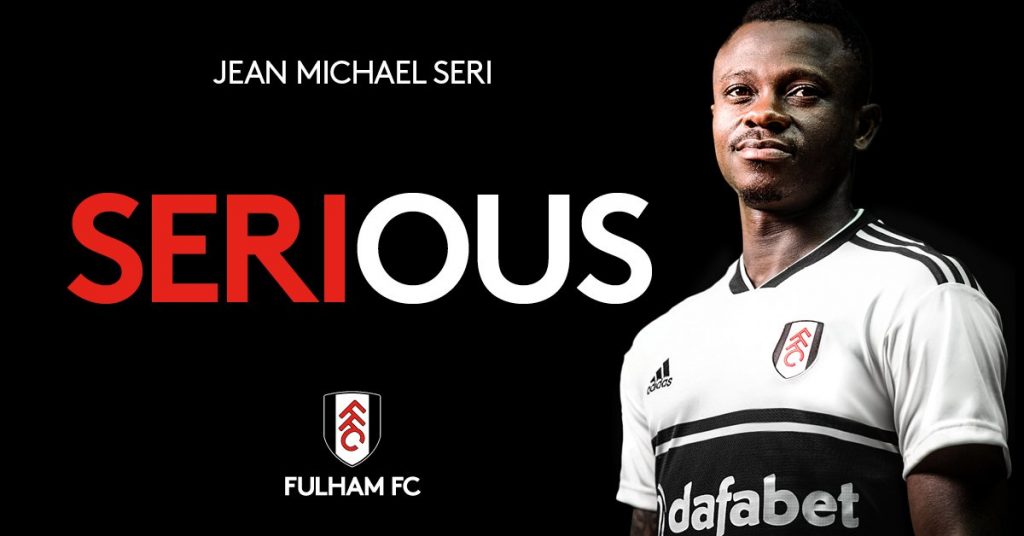 The Ivorian has signed a four-year contract with the Londoners and he will be hoping to make his mark in English football next season.

Seri was linked with a move to Chelsea as well but the Cottagers have managed to fend off the competition for his services.

As per Guardian, Fulham have paid a club-record fee in the region of £25m for the midfielder.

Seri is a technically gifted midfielder who can operate in an attacking role as well as a box-to-box role. The 26-year-old will be the ideal partner for Tom Cairney next season.

The Fulham faithful will be delighted with the ambition shown by the club. For a newly promoted club, signing Seri is a major coup.

The Ivorian has been one of the best players in Ligue 1 for the last two years.

Speaking to the media after his move, Seri said: “It was a long day yesterday [Wednesday] so it was great to get the move finalised. Now, I’m ready to get started and looking forward to meeting the squad and getting to know them, the head coach and his staff better. I’m delighted to be here, it’s a new adventure that starts for me and I’m hoping it will all go well.”

Here is how the Fulham fans reacted to the news on Twitter.

Absolutely quality from you guys that is unreal??

Damn!! Well done all at #FFC Thanks @Jokanovic and @TonyKhan He’s one hell of a player!!

Brilliant signing for you boys

Lmao this is a joke right? From almost signing for Barcelona to this? Wow! Major coup !!!