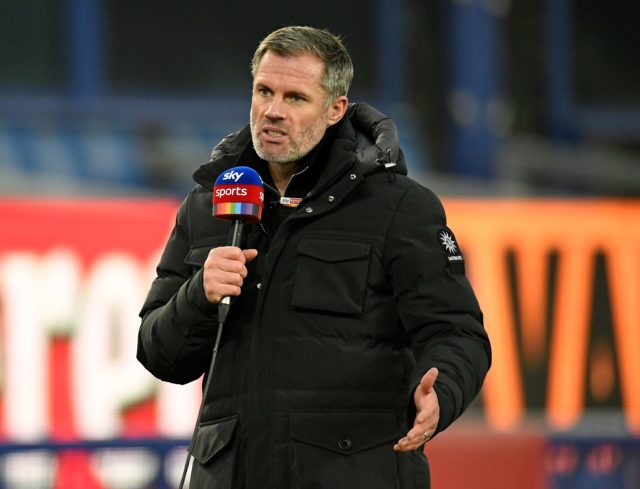 City won 2-0 against the Red Devils to reach the final and will now face Tottenham Hotspur at Wembley as they look to win the competition for a fourth straight year.

Neville posted a video on the New Years’ Day with a caption – ‘Joint Top’ after United levelled points with Liverpool at the top, separated only by goal difference.

Carragher has now delivered a witty riposte after United’s defeat with a caption – “Joint semi finalists!”.

There’s no doubt that Carragher and Neville are two of the finest football pundits in the business, but their strong connections with Liverpool and United makes their banter very enjoyable.

After a stalemate first-half, goals after the break from John Stones and Fernandinho secured victory for City as they progressed to the final.

City will equal Liverpool’s record of winning the League Cup four times in a row should they beat Jose Mourinho’s side at Wembley.

It was another disappointing semi-final defeat for United – a fourth in the past year for Ole Gunnar Solskjaer after also losing a two-legged tie to City in last season’s Carabao Cup, going down to Chelsea in the 2019-20 FA Cup and also being beaten by Sevilla in the Europa League last four.