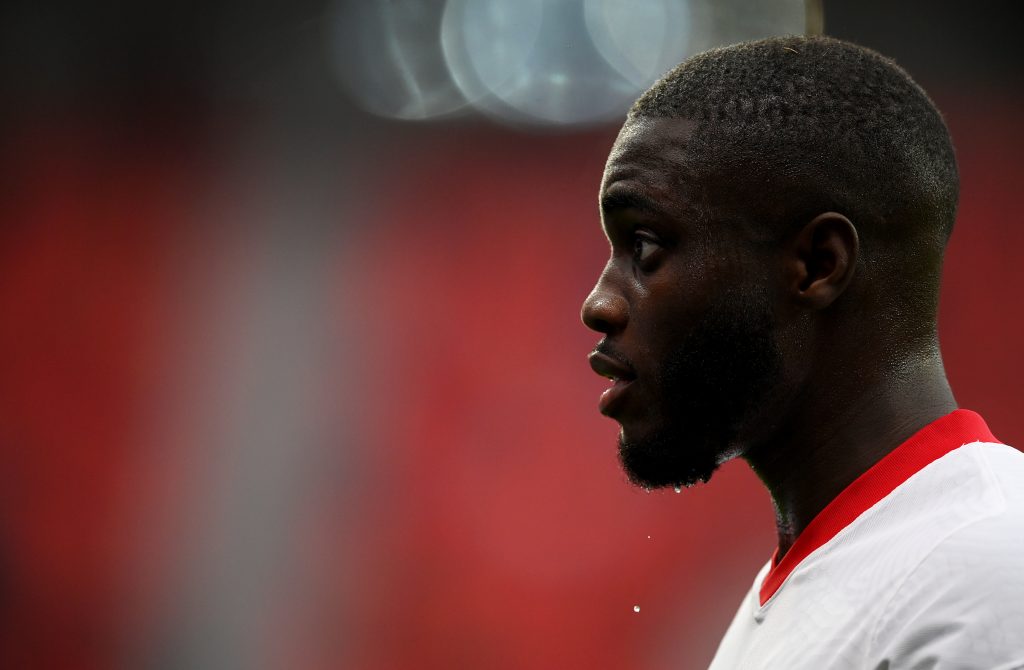 Carragher feels that the Reds should sign a top-class defender in January following the injury to Virgil van Dijk.

The Dutchman suffered an ACL injury during the Merseyside derby, and he is expected to be out on the sidelines for a lengthy spell.

Carragher feels that the Reds would struggle to retain the Premier League title without Van Dijk, and that is why they must sign a good defender in January.

The loss of Van Dijk means Liverpool are left with Joe Gomez and Joel Matip as the only two recognised centre-backs. Fabinho can play in the centre-back role, but he is at best a stop-gap solution.

The former Reds defender feels Liverpool should go after Upamecano in the January transfer window.

“Liverpool’s next big signing next summer had to be a centre-back anyway. That has got to be brought forward to January 1, not the end of January,” said Carragher on Sky Sports.

“There is one called Upamecano, he is not the profile of van Dijk, but if that’s who they wanted, pay the extra money and bring him in.”

Upamecano would be a very good addition

The 21-year-old French centre-back is no stranger to Premier League links, having been heavily linked with a move to heavyweight clubs like Arsenal, Manchester United, and Tottenham Hotspur this summer.

According to reports from The Sun, the highly-rated young defender was a target for the Gunners in the summer but they were priced out of a £70m switch.

The report claims that Upamecano’s release clause drops by £17m with each passing season, which gives Liverpool and other Premier League clubs a chance to negotiate a deal at an affordable price.

The Times reported last month that United were preparing a £37.5m move for Upamecano, but the move didn’t materialise.

After impressing in Austria at Red Bull Salzburg, he continued his progress at RB Leipzig where he established himself as one of the best young defenders in the world (shortlisted for 2018 Golden Boy award).

What other options could Liverpool target?

Upamecano is a highly-rated young talent, and he fits the profile of players Liverpool are looking to sign.

However, given his high price-tag, Liverpool could be forced to look at other options elsewhere.

Milan Skriniar was linked with a move to Tottenham in the summer, and Inter Milan could be prepared to offload him if the price is right.

The Reds have also shown interest in Ben White of Brighton, while Wolves skipper Conor Coady could be a smart signing as well.