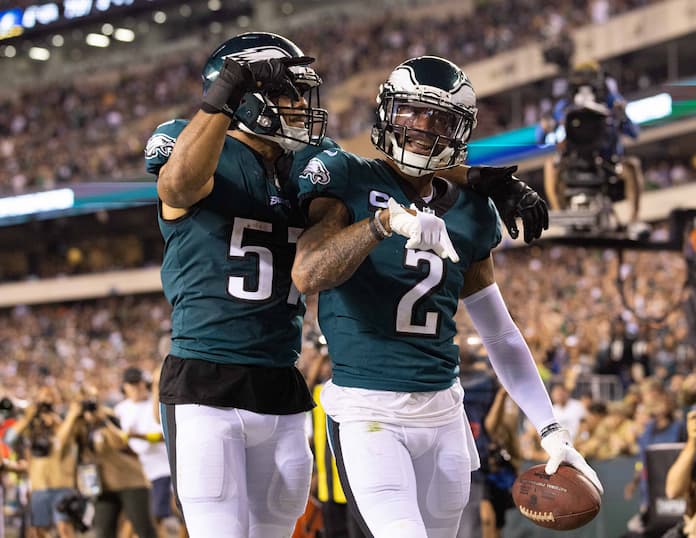 Philadelphia Eagles QB, Jalen Hurts, has set a new incredible record in the opening three games of the season.

John Clark, of NBCS, shared the numbers the Hurts has hit in the Eagles’ opening games.

Jalen Hurts is the first QB in NFL history with:

900+ passing yards and 150+ rushing yards in first 3 games of a season pic.twitter.com/ZNHUuV6bJ2

In his first three games of the season, Hurts has 900+ passing yards and 150+ rushing yards.

Hurts got over the 900 passing yard in three games by throwing 340 yards in the Eagles’ easy 24-8 win against the Commanders.

During the game, Hurts also broke another record. Hurts managed to beat the record for most yards through and touchdowns completed in the first half of a game.

After their win against the Commanders, Hurts said:

“I want to give a special shoutout to the Eagles fans – everybody who came out to FedEx Field. It definitely felt like it felt like a home game, just how loud it was in there, how much green and black was in the stadium.

“It was very, very impressive and it was a sight to see.

“You see (Grant Calcaterra) coming in there, making a big-time play when Dallas wasn’t available. Same with Jack Stoll. So, it takes a group effort, and together, everyone achieves more.”

Jalen Hurts Rise To The Top Of The QB Game

Hurts is in his third year in the NFL, after the Eagles picked Hurts 53rd overall in the second round of the 2020 NFL Draft.

In his first two seasons, Hurts played 15 games in each season for the Eagles. He started only four of his first season, acting mainly as a backup or being used for rush opportunities. Hurts’ second season was more fruitful, starting all 15 games he played in.

Hurts and the Eagles a 3-0 at the start of his third season. If they can keep him fit and firing like he has, the Eagles might be in for a big season.