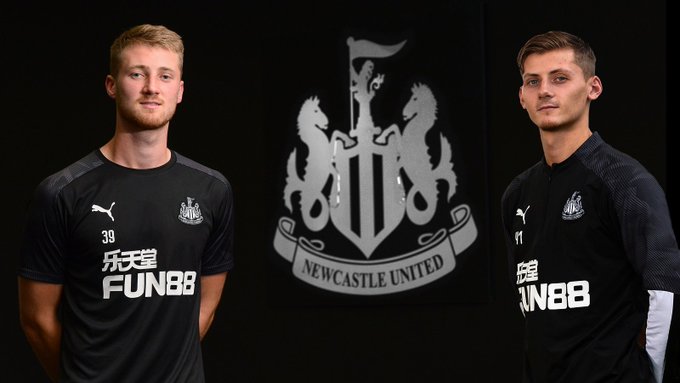 The Magpies have already signed Joelinton on a club-record transfer fee, and now they have added two more players to their squad, though both of them are unlikely to make an immediate impact on the first team.

Turner, the former England under-19 goalkeeper, has joined the Magpies on a free transfer after leaving Bolton Wanderers.

The 20-year-old highly-rated goalkeeper has revealed to the club’s official website that former Newcastle winger Sammy Ameobi has convinced him to join the Tyneside club.

Ameobi, who graduated from the club’s youth academy and went on to play from 2010 to 2017, has spoken good things about the Magpies which has convinced the youngster to join the Premier League outfit.

“I’ve watched the Premier League and seen them playing, and I spoke to Sammy Ameobi who used to be here when he was a bit younger,” Turner told nufc.co.uk.

“He was saying that it’s a great club, and all the staff are great. Just from that experience, I couldn’t wait to get here once I heard about it.

“Sammy’s a good lad and I trust his opinion – he loved his time here. I can’t wait to get started.”

Turner spent spells on loan at Stalybridge and Darlington, and made a strong impact at Bolton as well.

It remains to be seen how Steve Bruce will use him this season. The Magpies have four keepers at the moment, with Martin Dubravka being the first choice.

However, Freddie Woodman is expected to leave the club on loan this summer.