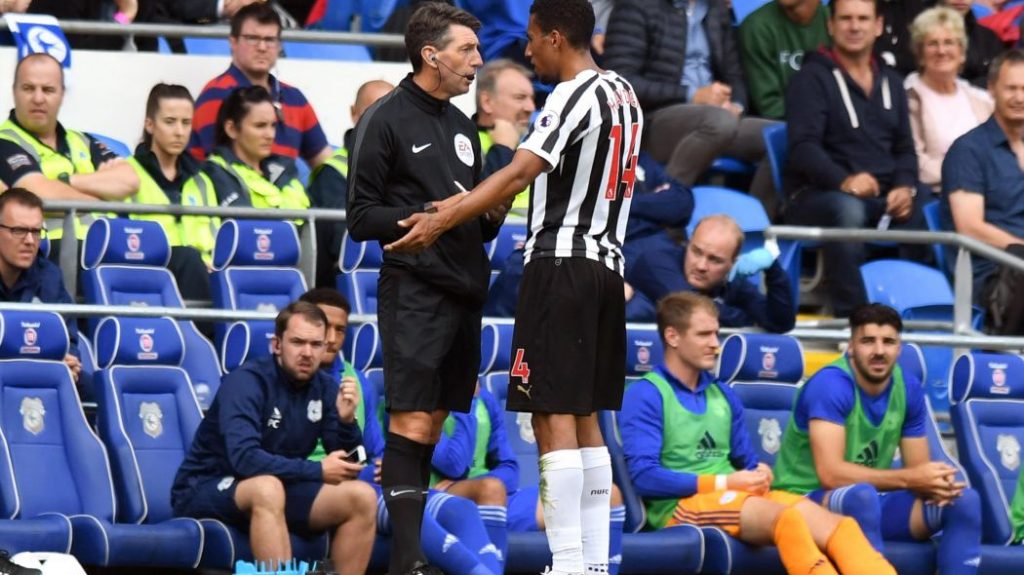 Newcastle midfielder Isaac Hayden has issued an apology on Twitter after picking up a red card against Cardiff City earlier today.

The former Arsenal midfielder left his side in trouble after a tackle on Josh Murphy earned him a dismissal almost 30 minutes from time.

Have to appologise to everyone for today, was a needless tackle and one that was stupid from me in that circumstance in the game. Will learn from it for sure and will be doing my upmost to repair my mistake today, for my teammates,manager and staff and fans in the future #NUFC

Hayden was expected to leave the club this summer but Newcastle forced him to stay. The midfielder had submitted a transfer request earlier in order to be close to his family.

The Magpies laboured to a draw in a game they should have won eventually. Brazilian winger Kenedy missed a crucial penalty in added time.

Newcastle were beaten by Spurs in their opening game and the players will be under pressure to bounce back straight away now. It will be interesting to see how Rafa Benitez shapes up his side for the next game.

The Newcastle fans seemed quite sympathetic to Hayden’s message on Twitter. They also appreciated his honesty.

This is how they reacted to his tweet earlier today.

Chin up lad. We win and lose together

Respect to you for coming out and apologising

Don’t worry the REFEREE WAS SHITE WAS NEVER A RED!!!

Ridiculous decision to show a red. Anyone who know about football knows as much.
Good on you for posting this though.

Bad days happens with everyone. Just keep working hard mate and all be fine!??

Looked like you wanted to do it! Not one to get on the back of our own but it looked like the challenge of someone that wants out and was trying to push a move #justsaying