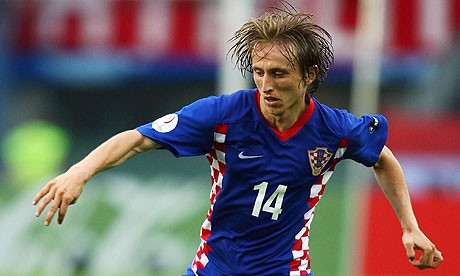 According to reports from Sky Sports, Serie A giants Inter Milan have made contact with with Real Madrid midfielder Luka Modric’s agents over a potential move in the summer transfer window.

An initial discussion has taken place and the midfielder is open to a move. Modric joined Madrid in 2012 from Tottenham Hotspur and has been a key player for Los Blancos ever since.

The world class midfielder  played in 43 games for Real last season and helped the club secure their third straight Champions League title. He captained for Croatia in the 2018 Russia World Cup and won the Golden Ball award for best player.

Modric, who reportedly earns £180k-per-week wages at Madrid, would be a dream signing for any club, and that is why Spurs should do everything to bring back their former midfielder.

With the possibility of Mousa Dembele’s departure from the north London club this summer, Spurs chairman Daniel Levy must make an exception to his transfer policy to sign one of the best midfielders in the world at the moment.

He would not only add depth and quality to the squad, but his wealth of experience will help Spurs reach the next level as they aim to challenge for the Premier League title.