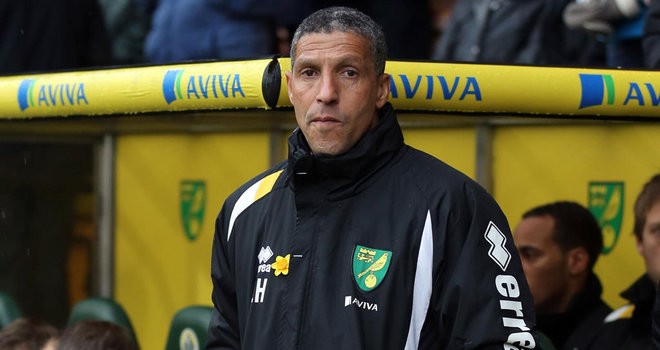 Having narrowly survived relegation last season, one could be forgiven for thinking that Norwich City were on borrowed time in the Premier League. With top scorer Grant Holt not even at the club anymore and even then the next highest scorer being right winger Robert Snodgrass with six, the Canaries lacked and statistically were headed down the proverbial mine shaft, but without a gas lamp.

This summer however, Norwich boss Chris Hughton has gone a long way in addressing some of these issues. In fact arguably, the East Anglian outfit have had one of the more fruitful summers of the all the Premier League clubs.

Even before the summer began, the Canaries had brought in Sporting Lisbon’s Ricky van Wolfswinkel, which was confirmed on March 23rd. Dutch international Wolfswinkel, has scored 14 goals in each of the last two seasons for the Portuguese side in which he averages out at just under a goal a game.

The Canaries’ latest and arguably the player that could have the biggest impact at Carrow Road is Gary Hooper, who arrived from Celtic. Hooper arrives in East Anglia after three seasons at Celtic Park, having scored an impressive 63 goals. Hooper, 26, originally from South-East England, is a former Tottenham youth player and has gradually flourished into a versatile, pacy forward.

Norwich clearly missed a cutting edge last term but their biggest problem was the front men lacked real pace and the ability to unlock stubborn defences. With Hooper and van Wolfswinkel, Chris Hughton has addressed this. And how.

With these two spearheading the Canaries attacking line, they may well prove to be the perfect foil for one another. van Wolfswinkel is of a similar height to Grant Holt, but is leaner and more agile. He is an Olivier Giroud type player, who is likely to create the space around him and open up the play.

Essex-born Hooper is 5’9 and will provide the bulk of the duo’s creative player and move around the penalty area and create chances. But that said, he will also have his fair share of chances, with the supply of Robert Snodgrass on the wing. The Englishman – having missed out earlier this year due to injury – having moved to the Premier League is now eyeing a call up to Roy Hodgson’s side, less than year from the World Cup.

Speaking to the BBC Hooper said:

“You don’t really get a look in up there [Scotland]. Down here I think you’ve got more chance. I have to score goals. It’s what I’m paid for and it’s what the gaffer has got me in for.”

“I’ve wanted to play in the Premier League from when I was younger and to get into the England squad. I think there’s a good chance of that. My aim is to get fit and hopefully I’ll get picked.”

Throughout the summer, Norwich have also been rumoured to be interested in Juventus striker Fabio Quagliarella and just this past week, Hughton hinted there may be activity with regards to the player. Quagliarella now finds himself down the Biaconeri pecking order with Alessio Matri, Mirko Vucinic, Sebastian Giovinco and new arrivals Carlos Tevez and Fernando Llorente, all of which he is behind so his days with the Old Lady of Italian football maybe be numbered.

It’s not just in the advanced areas that Norwich have bought well. Chris Hughton has added Nathan Redmond and Martin Olsson from the English Championship, but players who have the ability the make the step up. Olsson has already tasted the top flight with Blackburn Rovers and Redmond – even though his development has been stinted last season at St Andrews – has more than enough talent to bloom in a midfield with Johnny Howson and Alex Tettey.

This season, the Canaries are just as likely to leak goals, but the difference this term is that they have the tools to not just survive but to consolidate as a Premier League side and with the strike force Chris Hughton now has at his disposal, they have a great opportunity to do just that.