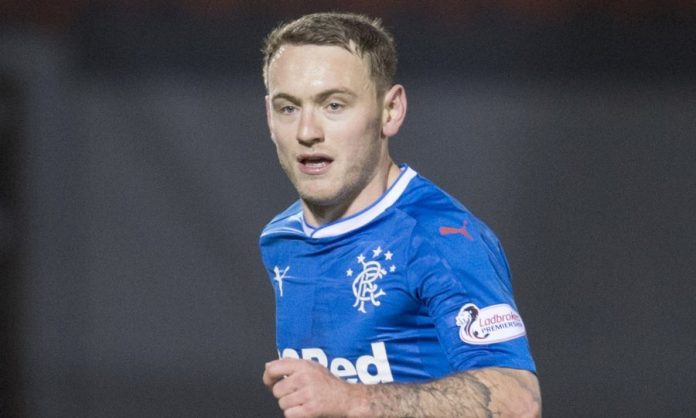 Lee Hodson has admitted he’d be “open-minded” to leaving Rangers on a permanent basis, naming St Mirren at the club he’d consider joining. The right-back has spent the season on loan at St Mirren Park and could be open to a permanent switch as he’s enjoyed his time with the Saints.

Hodson initially joined Rangers from MK Dons in 2016 and has gone on to make just 27 appearances in all competitions, scoring and creating two goals. The Northern Ireland international, who has represented his country on 24 occasions, has made eight appearances for St Mirren this season.

The Premiership side are struggling, however, sitting 11th in the table with only four points from 10 games. Nevertheless, Hodson wouldn’t be afraid at leaving Rangers for good to stay with St Mirren, and somewhat issued a ‘come and get me’ plea to the club to make their intentions known.

He told the Scottish Herald: “If the opportunity came for me to stay and there was a contract on the table I wouldn’t say no. Whatever options there are I’ll be open-minded. Apart from the results, I’ve been enjoying it as they are a good bunch of lads in there.”

Hodson has played for the likes of Watford, Brentford, MK Dons, Kilmarnock, Rangers and now St Mirren. He’s yet to settle at a club and make a real name for himself, so it’s easy to see why the Saints look an attractive proposition despite their toils in the Premiership.