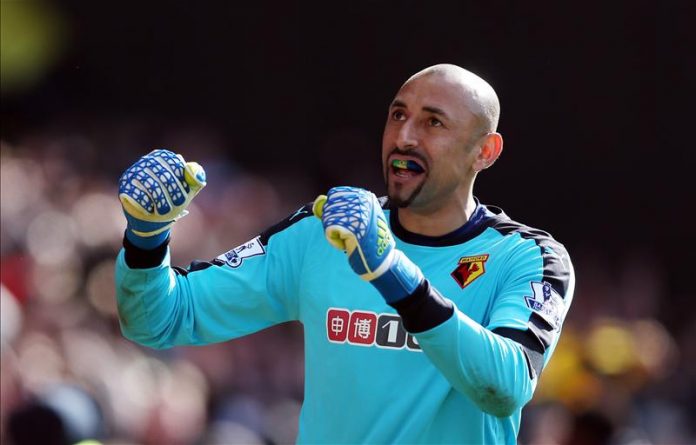 Watford star Heurelho Gomes has opened up about his time at Tottenham in an interview with The Offside Rule.

The Brazilian revealed where it went wrong for him at White Hart Lane. Gomes explained that he had a rough start to life at Spurs and in the first six months, he played most of his matches with an injury.

The Watford shot-stopper went on to reveal that he could not dive on both sides because of a persistent rib injury. He was also asked to play with an injury by the Tottenham chairman Daniel Levy.

He said: “I remember my first six months were very difficult. I had a knock on my rib which meant I couldn’t dive to my right in training sessions. I would say I played 70% of games injured, because I wanted to show what I was capable of. I remember playing against Manchester City with a groin injury which meant I couldn’t kick the ball. I had to tell the defenders to kick the ball forward and not to pass it back to me. If the ball was in my hand I could deal with it but I couldn’t kick it. Then Daniel Levy (Spurs chairman) came up to me at the end and said ‘please, we need you to play in the next game.’ So I was there again playing with an injury.”

Gomes joined Tottenham in 2008 from PSV and after three years of being a regular starter for them, he found himself on the bench following the arrival of Brad Friedel.

The 37-year-old was frustrated with the lack of first team football at Spurs and his teammate Luka Modric urged him to leave. However, Gomes claims that he decided to stay patient and work hard.

He added: “It was a very tough time for me. It was the first time that I had ever been in that situation but I can say I learned a lot. Luka Modric said to me ‘what are you still doing here?  You can’t be here for so long you are a great keeper.’ But I told him my time will come I don’t have to worry, I just have to work and work more.”