The Premier League has had everything this season. From managers aplenty facing up to the sack to Steven Gerrard and a night club attack (allegedly!). But in all seriousness this season in England’s top flight has undeniably been one of the most eventful and exciting campaigns ever — and at both ends of the table.

While Sir Alex Ferguson and Manchester United do their best to throw away the title there are arguably more pressing issues facing those clubs locked in a relegation battle. And a battle it most certainly is with no less than nine clubs stuck within ten points of each other with the fear that relegation to the second tier of English football is a distinct possibility.

It is without further ado that I face the music and present to you my personal predictions for the winners and losers in the race to stay alive in the Premier League this season: 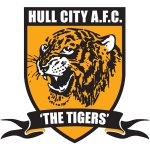 After a pulsating start to the season Hull were flying high and dreaming of European nights in Madrid and Milan – and you can hardly blame them. Although with just one win in their last 14 Premier League matches, Phil Brown’s side are most certainly involved in this phenomenal scrap to survive the drop.

In my opinion, Hull’s terrific start to the season will just about prove to be their saving grace. If they can get a few positive results against the four teams in a similar predicament (Portsmouth, Middlesbrough, Sunderland and Stoke), then the KC Stadium will play host to Premier League football once again next season.

Michael Turner will hold things together at the back and look out for telling contributions from Manucho and Geovanni as the Tigers look to roar up the table. 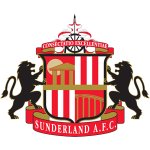 At the time when Roy Keane decided to jump ship, Sunderland looked in a state of disarray. Ricky Sbragia came in and initially looked the part yet a poor sequence of results in recent weeks (one win in seven Premier League games) has seen the Black Cats slide into trouble.

Like many of the sides battling against relegation to the Championship, Sunderland’s destiny is most certainly in their own hands. Despite having to face the likes of Manchester United, Chelsea and Everton, Sbragia knows that decent results against West Brom, Portsmouth, Hull and Bolton will reap rewards.

If Kenwyne Jones can keep himself fit for atleast half of Sunderland’s remaining fixtures, the £15million rated marksmen certainly has the ability to fire the Wearside club to safety. 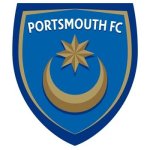 Portsmouth are the only team involved in the relegation dogfight with the luxury, if you can call it that, of a game in hand on their rivals. Unfortunately for them, that game in hand is against current Premier League leaders Manchester United.

That said, Pompey are the form team at the bottom and their fantastic victory over Everton in their latest Premier League fixture was both inspired and decisively crucial. If they can carry that winning mentality into their next two games against Hull and West Brom then, in my opinion, the South Coast club will be absolutely fine. 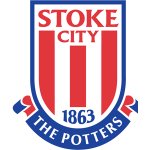 I’ll hold my hands up and admit that I, for one, predicted Stoke to struggle immensely in England’s top division this season. Well Tony Pulis and his side have certainly proved me wrong and they may even rub salt into the wound if they can successfully avoid relegation.

Victory over Middlesbrough may just have condemned Boro to relegation and if the Potters can grab a few more points from the Britannia Stadium, they should have enough. Although Hull, Blackburn, Newcastle and West Brom will be in no mood to offer any favours and I believe that Stoke’s lack of top-flight experience may prove to be a decisive factor.

James Beattie has thus far proved an inspired January signing although the former Sheffield United striker will need to grab a few more goals yet to keep Stoke in the Premier League. 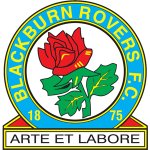 Blackburn face West Brom on the last day of the season and I firmly believe that this will prove the difference between survival and relegation for Sam Allardyce and his team. I feel that by this time West Brom will be out of the reckoning and Rovers will know that a big performance in front of their home fans will do the trick.

Roque Santa Cruz has endured a frustrating season blighted with injury and a failure to find the back of the net. Rovers’ fans will be hoping the Paraguayan will come good in the next couple of months and with an expected return to action within the next few weeks, Santa could deliver the gift of goals to keep Blackburn in the league. 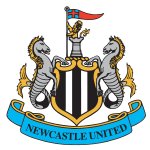 So there we have it, love him or loathe him but Mike Ashley has played his proverbial trump card. Whether it turns out to be an awful decision or a stroke of genius, Alan Shearer’s appointment is certainly a gamble.

With Shearer at the helm, the Toon Army will either sink or float, swimming won’t come into the equation at this crucial final hurdle of the season.  With no managerial experience, Newcastle’s former number nine will need to learn stupidly quickly and at the highest level too.

Newcastle face a somewhat tricky run-in with tough games away at Tottenham, Liverpool and Aston Villa while Chelsea visit St. James’ Park on Saturday. Clearly the decisive fixtures for Big Al and his charges will come against opposition in and around the relegation zone. Whether you call them six pointers, massive games or season defining moments, Newcastle’s results against Portsmouth, Middlesbrough and Stoke will undoubtedly be momentous in their battle for survival. 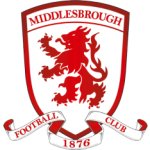 Gareth Southgate has been flirting with the sack pretty much from the off during his tenure with Middlesbrough. It has been well documented that Boro chairman Steve Gibson has boldly offered his full support to the former England centre-half at this notoriously important part of the season.

In all fairness to Southgate, it wouldn’t be unfair to suggest that Middlesbrough’s players have to take a share of the responsibility for simply not performing to expectations. Afonso Alves came in with all the hype expected when a Brazilian signs on at the Riverside but he has underperformed. Boro’s supposed ‘star man’ Stewart Downing has hardly set the world alight and Jeremie Aliadiere has only managed two goals from 22 Premier League starts this season (even Ryan Shawcross has managed more in his last four games!).

With morale at an all time low, a whole host of players desperate to leave in the summer and a manager who has seemingly lost the confidence of his dressing room, unfortunately Boro fans I believe that the only way is down for your club this season. 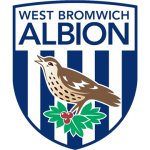 With only 28 points on the board and a goal difference of -29, saying that West Brom face an uphill struggle to avoid relegation would be something of an understatement.

The Baggies will certainly not give up the ghost under Tony Mowbray but it would have to be a miraculous run of form to see West Brom stay up and I can’t see it happening.

Six points from their next two games against Stoke and Portsmouth would certainly help turn things around but one would predict that the damage has already been done.

I realise that with these predictions I have inevitably opened myself up to some stark criticism which I am happy to accept as until the end of the season I am in no position to defend/dig a hole for myself.

As a Manchester United supporter I must categorically state that I have no personal preference for any of the teams who inevitably succumb to relegation and my decisions have been based purely on opinion rather than bias.

I look forward to your comments and predictions.