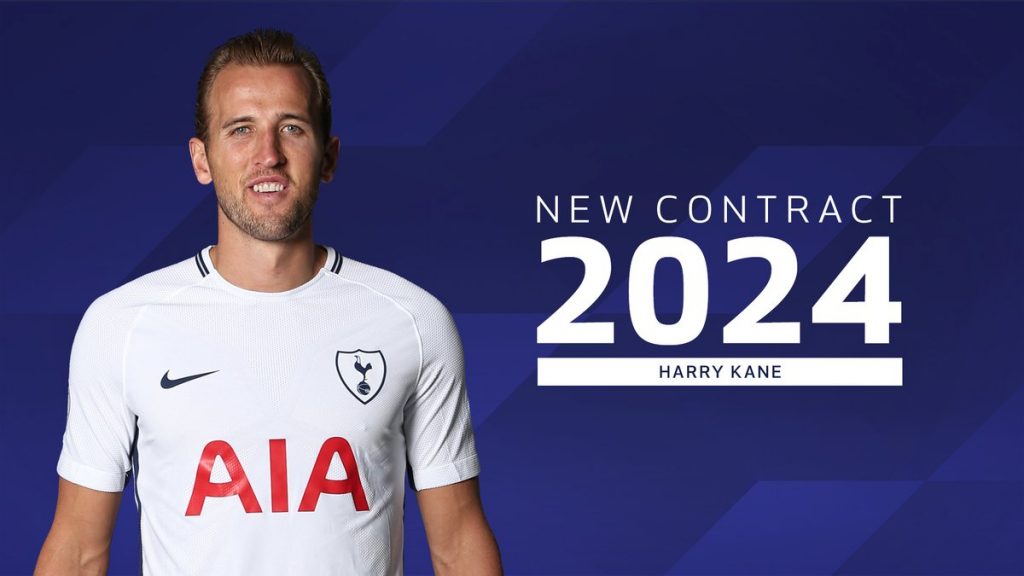 Tottenham striker Harry Kane has signed a new long-term deal at the club.

The Londoners have confirmed that the England international has put pen to paper on a six-year deal which will keep him at the club until the summer of 2024.

? We are delighted to announce that @HKane has signed a new six-year contract with the Club, which runs until 2024. #OneOfOurOwn pic.twitter.com/4p6xfVTLkE

Kane will earn around £90million over the duration of his new deal. As per the reports, the Tottenham forward’s £100,000-a-week salary has been doubled.

Mauricio Pochettino will be delighted to have secured Kane’s long-term future at the club. The England striker has been Spurs’ best player for a while now and losing him would have been a catastrophic blow.

Meanwhile, Tottenham fans have been urging the club to show their ambitions and the big money deal for Kane is proof that Levy is willing to pay top dollar for the right man.

The 24-year-old striker has scored 135 goals in the last four seasons with Spurs.

It will be interesting to see whether the Londoners can agree new deals with Alderweireld and Dembele now.

Here is how the Spurs fans reacted to the news.

Name the new stadium after the man. Absolute hero. #coys

Absolutely fantastic news, alongside Pochettino now the two most important signings of the summer done as we go into our brand new stadium.

No doubt with both the manager and our key striker now secured for years to come that will also only entice players to want to join us ??

First Mauricio Pochettino and now Harry Kane committing to the club. Two of the most important people at Spurs. No matter what anyone says the club is moving in the right direction. ?

I’m FAR more excited than a grown man should be.