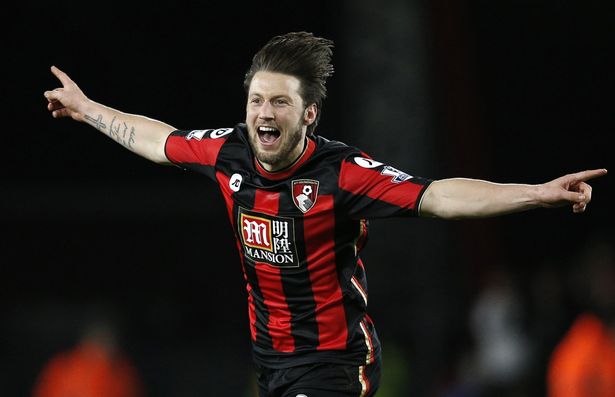 Pep Guardiola made a classy gesture after Manchester City’s 2-0 win over Bournemouth on Monday night by approaching Harry Arter at the final whistle to express his sorrow on learning of the player’s stillborn daughter Renee in December 2015. The Spaniard also wished him well as Arter and his partner, Rachel, are expecting a baby.

The midfielder, however, could not resist the temptation and jokingly offered his services to the Manchester City manager. Guardiola told Arter that he is a ‘fantastic player’, and the 27-year-old gave a tongue-in-cheek reply: “Come and sign me!”

Arter has poured his admiration for Guardiola, claiming he has a ‘massive respect’ for the Spaniard, and hailed him as the best manager in the world. The 27-year-old was moved by Guardiola’s gesture and claims it as an ‘unbelievable touch’.

He said, as quoted by the Times:

He offered his best wishes for me and my partner this week, which was an unbelievable touch.

He is someone I have a massive amount of respect for. I watched his Barcelona teams, and look at his Manchester City side.

For me, he is the best manager in the world. I don’t think there’s anybody close to him and what he has achieved. For him to offer that to me, I respected it and accepted it with a smile on my face.

Last month, a non-league footballer was sacked for mocking Arter over his stillborn daughter on Twitter.

Meanwhile, City have recovered themselves brilliantly after their humiliating 4-0 defeat to Everton last month, by remaining unbeaten in their last five games, and winning four of them. The victory has taken them to second place in the Premier League, eight points behind Chelsea.