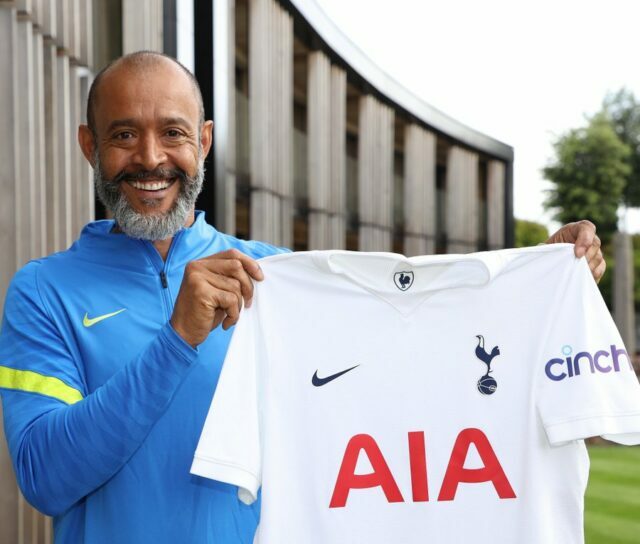 He expects the Portuguese to bring back the ‘wonderful spirit’ the club had under Mauricio Pochettino.

Good Luck Nuno 🙏🙏🙏 I have been told you are a wonderful man manager I wish you good luck and COYS! No player is bigger then Tottenham Hotspur and it is time for us to move on and create the wonderful spirit again we had under Poch.

Spurs were looking for Jose Mourinho’s replacement since his sacking on April 19, and it took them more than two months to find the right candidate.

Nuno wasn’t the first-choice for Spurs chairman Daniel Levy, according to reports from The Independent.

Levy was not convinced with his style of play as he wanted someone who can implement an attractive brand of football.

However, Spurs managing director Fabio Paratici has reportedly persuaded Levy to give Nuno the job.

Several high-profile bosses were heavily linked with Spurs in the past couple of months.

Initially, the club wanted to bring back Pochettino but failed to lure him away from Paris Saint-Germain.

Antonio Conte and Erik ten Hag were also linked with the job. Paulo Fonseca was close to joining but, in a dramatic turn of events, Spurs pulled the plug.

They turned their attention towards Gennaro Gattuso but ditched their plans after facing backlash from fans on social media.

Nuno has signed a two-year contract at the north London club, and his priority will be to convince Harry Kane to stay put amid interest from Manchester City.

Read: Harry Kane insists there is no room for complacency in the England camp.