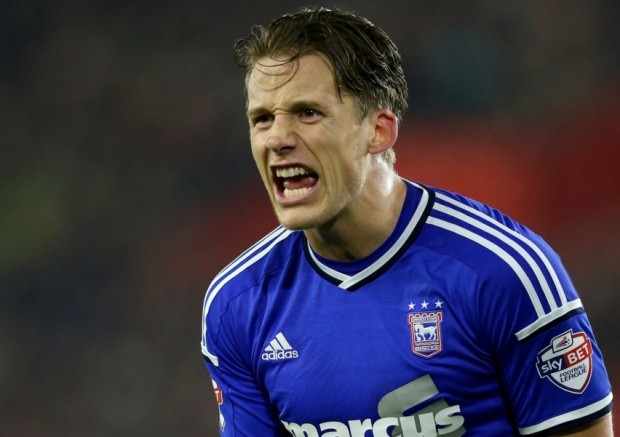 Scottish clubs, Glasgow Rangers and Hearts, are interested in signing the Scotland international – but will they be able to land him?

According to reports from the Edinburgh Evening Times, Glasgow Rangers and Hearts are settled to battle for Ipswich Town defender, Christophe Berra.

The 32-year-old is out of contract this summer, but the English Championship side have an option to extend his contract for another season beyond this campaign.

The player is keen to return to Scotland where his career began in 2003, but a lot will depend on whether Ipswich trigger the option of extending his stay in Suffolk.

Berra is aware of the interest from both the clubs, but he will not make a decision till he gets any confirmation from Ipswich. He came up through the Hearts youth academy and could be intrigued by the prospect of a return to Tynecastle.

Rangers could offer more money than Hearts and are likely to win the race if it comes down to a financial tug of war between the two. He joined Ipswich in 2013, but now wants to end his time in England and return north.

He is a vastly experienced defender and could offer leadership and guidance in defence for either of the teams. It has been reported that Ranger’s new manager (Pedro Caixinha leading the race, if reports are to be believed) could also have a bearing on the player’s decision making.