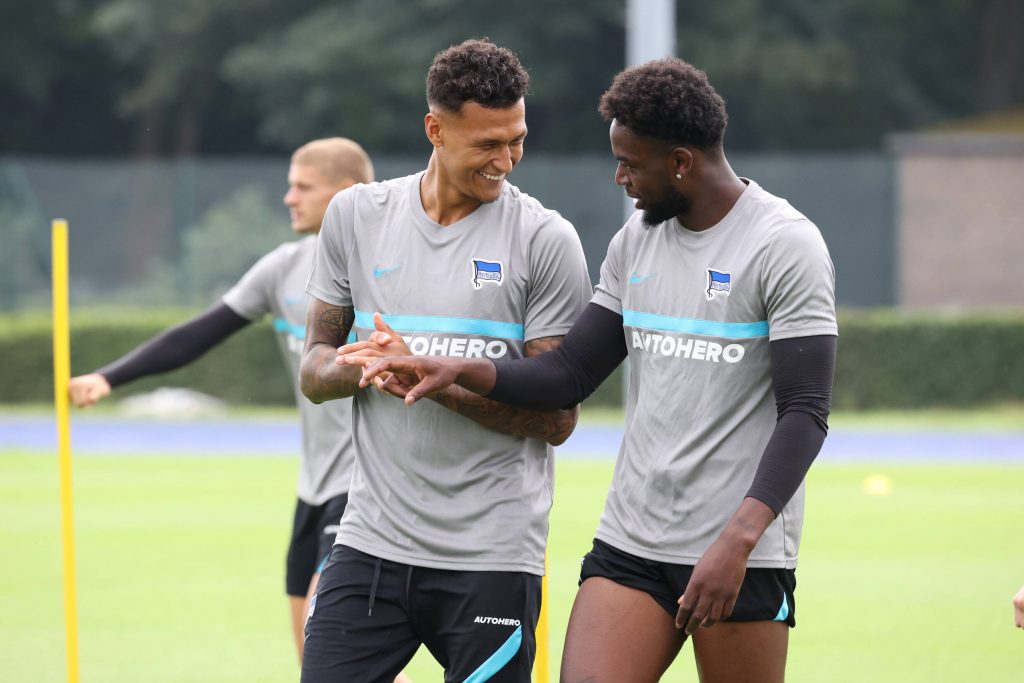 Hertha Berlin centre-back Jordan Torunarigha was subjected to racial degradation from an opposition player during a warm-up fixture against the CONCACAF side in Wakayama, Japan.

The match, held behind closed doors, was planned to feature three 30-minute periods, but the Germans walked off five minutes before the final whistle, as confirmed by Die Mannschaft’s Twitter account.

The German Football Association (DFB) took to social media to announce the reason behind the team’s decision not to finish the game.

Torunarigha, who was racially insulted by the Schalke supporters during the second half of a German Cup tie in February 2020, was again targeted by the opposition.

In a post-match interview, head coach Stefan Kuntz admitted the 23-year-old defender was repeatedly racially victimised throughout the encounter.

“When one of our players is racially abused, playing on is not an option,” he said.

“[Torunarigha] could hardly contain himself and got terribly upset because he said he had been repeatedly racially insulted.

“It was clear to us then that it violates our values. We couldn’t tolerate that either, and we’re backing our player completely.”

Joining Kuntz in defending Germany’s decision to walk off the field was captain Maximilian Arnold.

“We made a real statement [walking off the pitch].” the Wolfsburg playmaker said.

“We made the right decision, and we acted accordingly.”

The racial abuse of Torunarigha came only a week after the England trio Bukayo Saka, Jadon Sancho and Marcus Rashford received a series of racial insults via social media.

The Three England youngsters missed penalties that saw Italy lift the Euro 2020 crown at Wembley, which prompted an avalanche of insults.