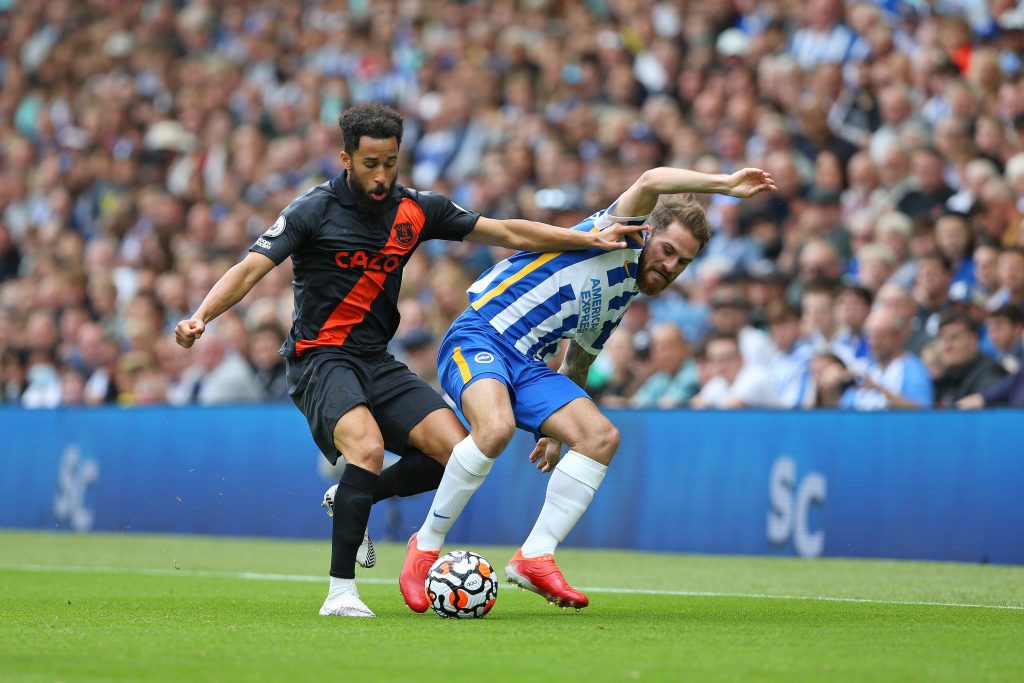 Everton secured a 2-0 victory over Brighton & Hove Albion in the Premier League at the Amex Stadium on Saturday.

Demarai Gray and Dominic Calvert-Lewin scored in either half to earn all three points for Rafael Benitez’s side.

The Toffees have made an unbeaten start to the season, winning two and drawing one of their opening three games.

Popular BBC Pundit Garth Crooks has showered heaps of praise on two Everton players – Gray and Andros Townsend – for the performances against the Seagulls.

Crooks told BBC Sport: “This was a very good performance at Brighton by Everton, while the brand of football they are playing under Rafael Benitez is as good as it was under Carlo Ancelotti.

“Benitez has made two inspired signings in Gray and Townsend. Both tormented Brighton, but what took place when Everton were awarded a penalty was most interesting.”

Townsend was signed by Everton on a free transfer after he was released by Crystal Palace this summer.

Eyebrows were raised when Benitez signed Townsend, but the former Tottenham winger has been really impressive.

Townsend won more fouls (four) than any other Everton player against Brighton, and his work rate throughout the game was admirable.

The two summer signings have made a strong impact for the Toffees, with Gray now scoring in successive games.

However, Benitez is still looking to add more depth to his squad and is keen to sign another attacking midfielder/winger before Tuesday’s transfer deadline.

The Toffees have been linked with a move for Luis Diaz, but they haven’t been able to agree a deal for him.