Garth Crooks: Kalvin Phillips could be a perfect replacement for Jordan Henderson 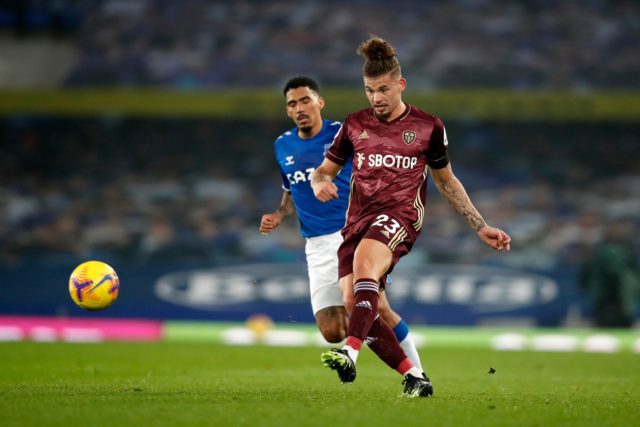 Phillips was simply outstanding last weekend as Leeds won 1-0 against Everton at Goodison Park. His influential display helped the Whites secure their first win in four games with Raphinha’s long-range strike making the difference between the two sides.

Leeds missed Phillips through injury against Leicester City and Crystal Palace, and the Whites conceded four goals in each of them.

However, it is no coincidence that the England international’s return to action has seen a marked difference in performance from Leeds. Phillips was simply superb with his passing, tackling and boisterous energy in the middle of the park.

Crooks has made an interesting comment about Phillips in his column for BBC Sport. He has praised him highly and thinks the 24-year-old is the perfect replacement for Jordan Henderson for both England and Liverpool.

Before going into that part, let’s take a look at what he actually said:

“Leeds missed Kalvin Phillips against Leicester and Crystal Palace, but not against Everton. The England international is making a name for himself, and was far too sharp for the Toffees.

“This kid reminds me of a young Bryan Robson, when the former Manchester United and England captain played for West Brom. Phillips can cover the ground, he’s not afraid to stick his foot in, and sees the pass. He doesn’t immediately grab your attention but given time you begin to realise the enormous contribution he’s making to the game.

“I think he’s the perfect replacement for Jordan Henderson and I don’t mean just for England.”

The Whites academy graduate has progressed immensely under Marcelo Bielsa and gradually has become a key component of the Argentine’s game plan. He was simply sensational last season (earning the moniker The Yorkshire Pirlo), producing top-level performances in almost every match.

At Goodison, he has put in an exceptional display as a deep-lying playmaker, and his man-of-the-match performance is earning rave reviews from pundits.

Phillips would be a very good signing for any club in the Premier League, and that includes Liverpool as well.

Over the years, the role of defensive midfield role has undergone a massive revolution in world football. Phillips is that type of player who sits deep, often performs as a third centre-back, and at the same time has the quality to pick the right passes and build the tempo of the game.

With his unbelievable energy, brilliant tackling skills, sharp presence of mind, and impressive passing ability, he not only does the dirty job but also sprinkles out passes allowing Leeds to maintain a high intensity pressing football.

At Liverpool, Fabinho does a similar type of job, although the Brazilian is probably more versatile. Henderson acts as a midfield fulcrum under Jurgen Klopp who connects the gap between defence and the forward line. However, the Reds skipper can also play as a traditional defensive midfielder, and that is where the suggestion of Phillips potentially replacing him is coming into the discussion.

Barring injuries, Phillips should be a dead-cart for Gareth Southgate’s squad for the European Championship next summer. But is he what Klopp might be looking for? Phillips is a smart midfielder who can cover a lot of areas, and in theory, ideally suited to Liverpool’s pressing style.

He is comfortably settled at Leeds, and the club would demand a high transfer fee for him if Liverpool indeed come calling. Nevertheless, it is Crook’s suggestion, and Klopp may not find it suitable to his long-term vision.