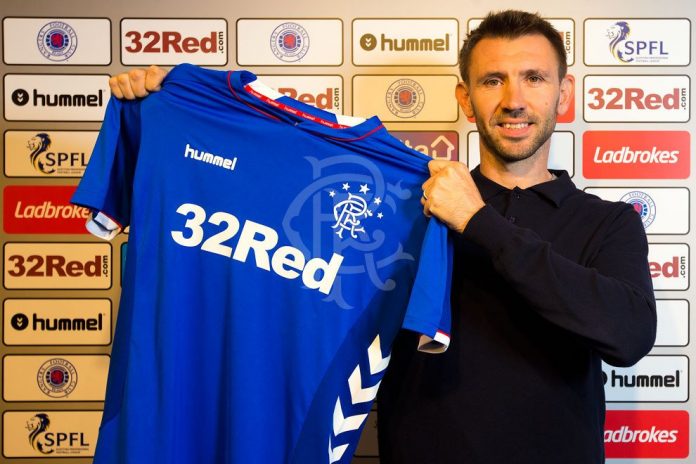 The 38-year-old has joined the club on a one-year deal and he is expected to be a backup for Goldson and Katic this season.

The Northern Ireland defender is apparently a boyhood Rangers fan and he tweeted out an image of him as a child in a Rangers shirt.

McAuley wrote a heartfelt message saying that his childhood dream has come true.

It seems that the experienced centre-back is delighted to play for Rangers and that should come as a boost to Gerrard and the fans. McAuley is more likely to give his best to the club because of the emotional attachment.

He could be a vital option for the Gers over the course of the season. Apart from his role as a squad player, his experience could be a valuable addition to the dressing room.

The 38-year-old has proven himself at the top level for years and he could be the ideal mentor for young defenders like Goldson and Katic.

Here is how the Rangers fans reacted to the message.

A bear living the dream, nothing makes me happier than a rangers fan playing for the club, all the best ??

Always good to see one of our own from Northern Ireland pull on the famous blue jersey ?

We do not choose
We are chosen….

Could not be more delighted for you Gareth. #onceabaggie

Welcome, were more than pleased to have you ??