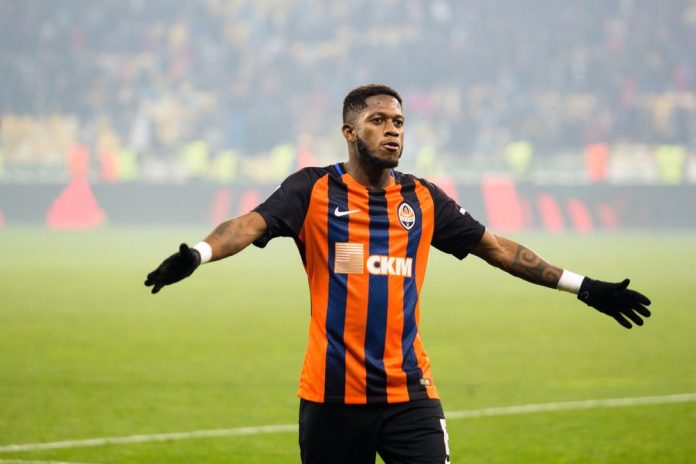 Brazilian midfielder Fred is all set to join Manchester United on Monday.

As per the reports, the Shakhtar Donetsk midfielder has already left the Brazil camp in order to complete his medical with the Red Devils.

The 25-year-old was linked with a move to Manchester City as well but the Red Devils have beaten their cross-town rivals to the transfer.

Fred is set to cost around £53million and he will become Mourinho’s first summer signing.

Report claims that Brazil head coach Tite wants the player to finalise his move swiftly and therefore he has been granted the permission to leave the international camp after the match against Croatia.

It will be interesting to see whether Manchester United announce the transfer tomorrow.

The Red Devils needed a top quality box-to-box midfielder and the fans will be delighted with the signing of Fred. His arrival will improve United defensively as well as offensively.

The 25-year-old is excellent at driving his side forward and he will allow the likes of Pogba to play with more freedom as well.

Fred is expected to partner Nemanja Matic at the heart of Manchester United’s midfield next season.