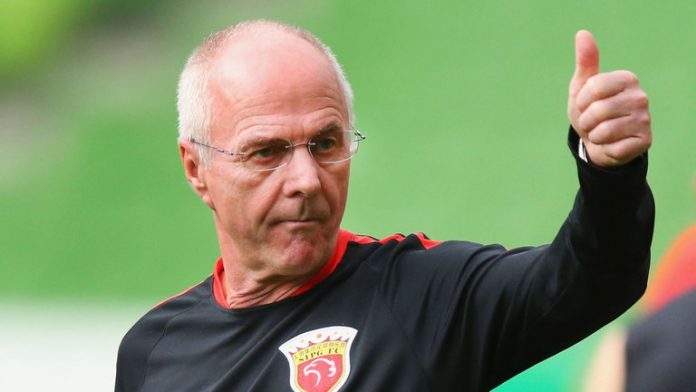 Former Manchester City and England boss Sven-Goran Eriksson is the latest big name to be linked with Oxford United.

The 70-year-old was last in charge of Shenzen FC in China – leaving the post in June 2017, but he is now priced at just 3/1 to take the Oxford job.

Charlton boss Karl Robinson remains the favourite at 11/10, while caretaker manager Derek Fazackerley is on offer at 11/4.

Eriksson and Fazackerley previously worked together at both Man City and Leicester City.

Patrick Kluivert, Craig Bellamy and Sol Campbell have all been linked with the role as new Thai owner Sumrith Thanakarnjanasuth looks for a manager with ‘wow’ factor.

A statement released on Oxford’s website read: “I spent time last week talking to an extremely strong shortlist and then met with our preferred final candidate over the weekend and he has indicated that he wants to come here.

“I think that provided we can sort out the finer points of the contract then he would have a real ‘wow’ factor for the fans and send very strong signals out that we mean business and are serious about moving this club into a higher division.

“The only issue right now is the timing once again. Hopefully it will become clear after the appointment why it has taken so long because it is not an easy situation.

“I do not want to ask fans for their patience again because they have already shown plenty and I thank them for that.

“We believe we will be able to announce an appointment next week and therefore think it right to let Derek Fazackerley and the players know this, so they can prepare for a big game against Peterborough on Saturday with no distractions.”