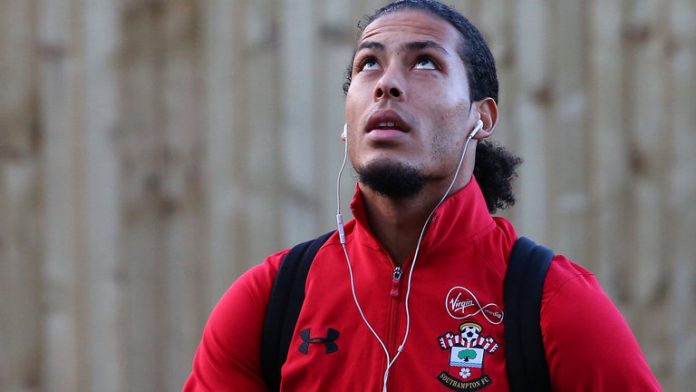 Jamie Carragher says Virgil van Dijk chose Liverpool over Manchester City because he wouldn’t be guaranteed a starting role with Pep Guardiola’s side.

The 26-year-old will officially join the Reds from Southampton on January 1 in a deal worth £75 million – a world-record fee for a defender.

City were also linked with a move for Van Dijk, but Carragher believes he may have struggled to force his way into the starting line-up at the Etihad Stadium.

“There was talk over the last few days that they (City) were going to go in for him,” he told Sky Sports.

“I thought they should go in for him, he looks like a natural replacement for Vincent Kompany, and what a player he’s been over the last seven or eight years for Manchester City.

“But they’ve still got some other really good centre-backs, (Nicolas) Otamendi, John Stones, even though he’s out at the moment.

“But there’s no doubt about that he should be one of the first names on the team sheet for Jurgen Klopp.”

There’s been plenty of excitement on Merseyside about van Dijk’s signing, but Carragher’s comments should serve as something of a warning to Liverpool fans.

Klopp has splashed out £75 million on a player who, according to their former defender, probably wouldn’t get into this season’s title-winning side.

With ongoing concerns over Kompany’s fitness, the fact that Guardiola has steered clear of signing van Dijk suggests he doesn’t think he’s worth the money Liverpool have spent.

Unless Liverpool win significant amounts of silverware over the next few years, it will be difficult to argue with the Spaniard.