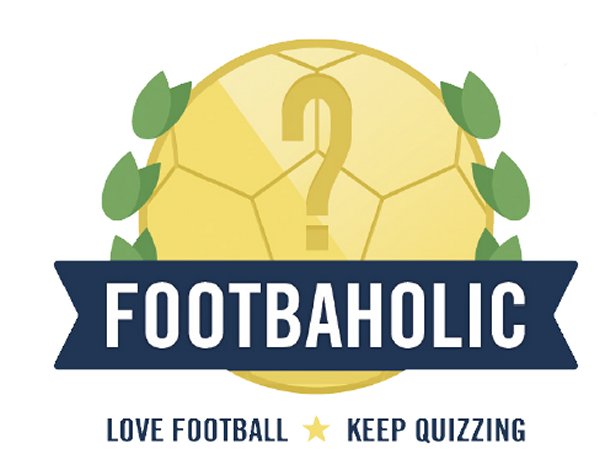 There have been many football quiz games, but only a few have nailed exactly what makes a quiz game fun: A wide range of options and variety of choices, ensuring that the quiz is in fact a game, and doesn’t feel like a test.

Footbaholic, a new game for iOS that will come out for Android machinery in summer 2014, may have found the perfect recipe.

The first thing that hits you when you download Footbaholic is not the sleek layout, or the multitude of quizzes, matches, and leagues available, or even the rare nicety of not finding any advertisements – it’s that you didn’t have to pay anything.

That’s right – Footbaholic is free to download in the App Store.

Footbaholic has all the fixings of a solid quiz game – there are categories for simple, single-person quizzes with engaging questions on the Premier League, Champions League, big clubs, transfers and games, and much more.

In total, there are over 10,000 questions on Footbaholic, and that number grows each week with a “Footbaholic Weekly” quiz on the happenings from the last weekend in football. 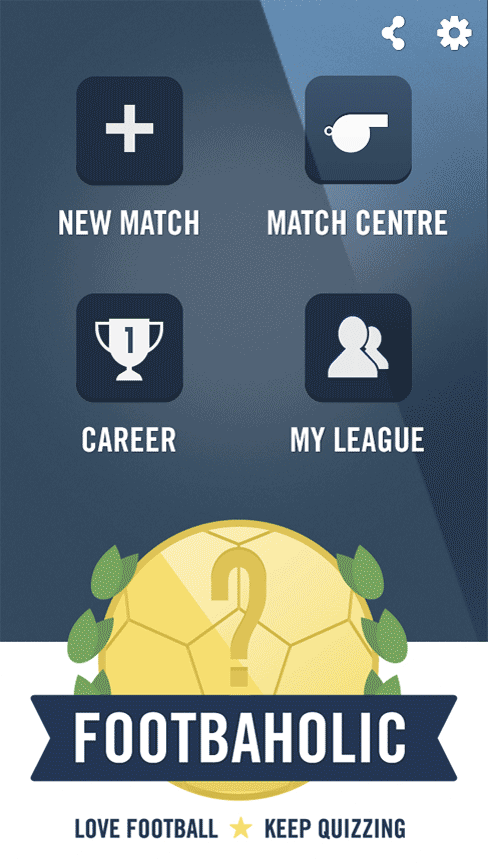 But what sets this game apart is all the other options, as Footbaholic has taken elements from fantasy football games and FIFA to ensure a consuming experience that goes far beyond the scope of a normal quiz game.

My favorite feature of the game the “Quiz League” – where you can create a league with friends and compete for the top spot and more.

Instead of having to wait and rely on professional footballers to compete and score points for you, you score points for yourself. Instead of the final table showing how well you picked players and how good (or lucky) those players were, the final scores from the Footbaholic Quiz League will provide an ironclad statement on who among your friends and family knows the most about football.

Each Footbaholic “match” is constructed like a real match. There are two halves with the same five questions asked of each player in the first half, and the same five in the second half. I used the “substitution” option, to swap one difficult question for another, almost every time I played the game.

The game is also timed – you only get 45 seconds to complete the questions in each half. There was no chance to Google the question and figure out the answer, as quiz games usually leave themselves susceptible to. 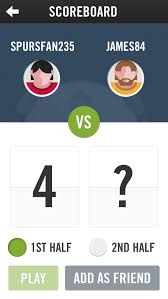 Success reaps rewards: Much like FIFA, there are different sorts of trophies and achievements. For instance, I set my sights on the achievement International Breakthrough – Legend in the Making, winning 100 matches, may take a little more time.

The interface of the game is simple and sleek, and gets the job done. It’s also perfectly clear, a problem with some apps.

If you’re an English or European Football fan, this game is near perfect. I got questions that had to do with the history of Championship clubs like Blackburn, Leeds, and Nottingham Forest.

One of the only gripes you can have with the game is that the questions on non-European teams and international football other than the major competitions, are a tad lacking. There wasn’t a lot to be found on big South American or American teams. Hopefully as the game grows out of its infancy, that content area will grow.

All in all, this is a terrific game – especially because it grows outside of its genre. If you love football and football history, you’d love this game regardless, but all of the other options make it attractive and addictive for a wide range of football fans.

Because the app is free (there is a small fee for a premium upgrade), it’s something you should definitely pick up and try right now, or when it comes out for Android around the kickoff of the World Cup. It will also be a fun game to play through the tournament in Brazil, with the weekly update feature. This is a game that you will want with you at all times.

Footbaholic has all the makings of a classic.