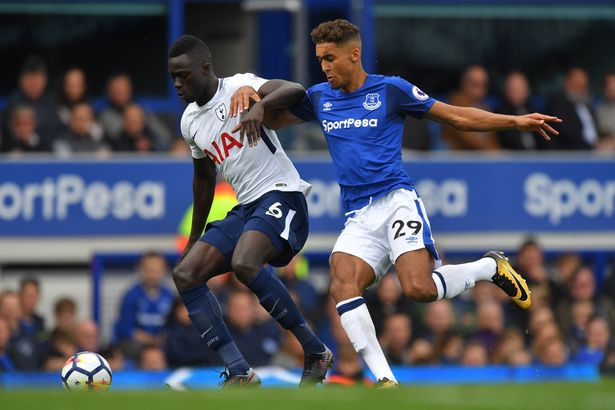 There were plenty of talking points across the Premier League over the weekend.

Sportslens takes a look at five big talking points from the weekend’s games.

Davinson Sanchez was handed a surprise debut for Tottenham Hotspur at Everton on Saturday and immediately showed why manager Mauricio Pochettino was so keen to secure his services.

An early crunching tackle on Sandro set the tone for the afternoon, with the Spaniard getting no change out of the uncompromising Colombian.

Sandro was hauled off at half-time and replaced by Dominic Calvert-Lewin, but Sanchez kept the England youngster in his pocket throughout the second half.

The 21-year-old looks ideally suited to the Premier League and Tottenham fans will love his no-nonsense style.

Klopp’s Liverpool revolution is a myth

Jurgen Klopp said he “wasn’t concerned long-term” after Liverpool’s 5-0 drubbing at Manchester City. He should be.

Sadio Mane’s early red card – fully deserved, despite Klopp’s ridiculous protests – didn’t help their cause, but the manner of their performance throughout the game should be a cause for concern.

Klopp’s supporters argue the team has progressed under his management, but a quick comparison with former boss Brendan Rodgers’ record after 72 games proves otherwise.

Comparison of Jurgen Klopp and Brendan Rodgers after 72 PL games.

Liverpool needed to buy a commanding centre-half this summer, but after missing out on buying Virgil van Dijk from Southampton Klopp somehow managed to miss addressing his biggest priority.

Klopp’s love of a soundbite or two continues to keep the happy-clappers clapping merrily along, but the German hasn’t improved Liverpool since replacing Rodgers.

Testing time for Howe at Bournemouth

Eddie Howe has been praised for the job he’s done at Bournemouth, but how he addresses their start to the Premier League season will be a true test of his managerial ability.

Howe’s team lost Ryan Fraser to a first-half injury and they offered nothing going forward before the interval.

Bournemouth were woeful defensively, allowing Alexandre Lacazette and Danny Welbeck far too much time and space.

The Cherries have scored just once this season and are yet to pick up a point. Now we’ll get to see if Howe really is future England manager material.

Joe Hart’s suspect form has raised question marks over who should be England’s number one goalkeeper.

Everton’s Jordan Pickford has been touted as a possible replacement, but Jack Butland did his chances no harm against Manchester United this weekend.

The Stoke City stopper was beaten twice, but he made two smart saves from Marcus Rashford during the first-half and pulled off a crucial block in the dying minutes of injury time to ensure his team took a point from the game.

Butland deserves the chance to stake his claim to become England’s starting keeper.

Sanches must up his game

Renato Sanches’ move to Swansea City from Bayern Munich raised a few eyebrows, but his performance against Newcastle United certainly wasn’t a debut to remember.

The 20-year-old seemed intent on giving Newcastle the ball and his lack of match fitness was plain to see.

The midfielder showed at Benfica he has plenty of talent, but his disappointing spell at Bayern Munich means he still has plenty to prove.

Manager Paul Clement defended Sanches after the game and he’ll be hoping the Portugal international quickly gets to grips with the Premier League.