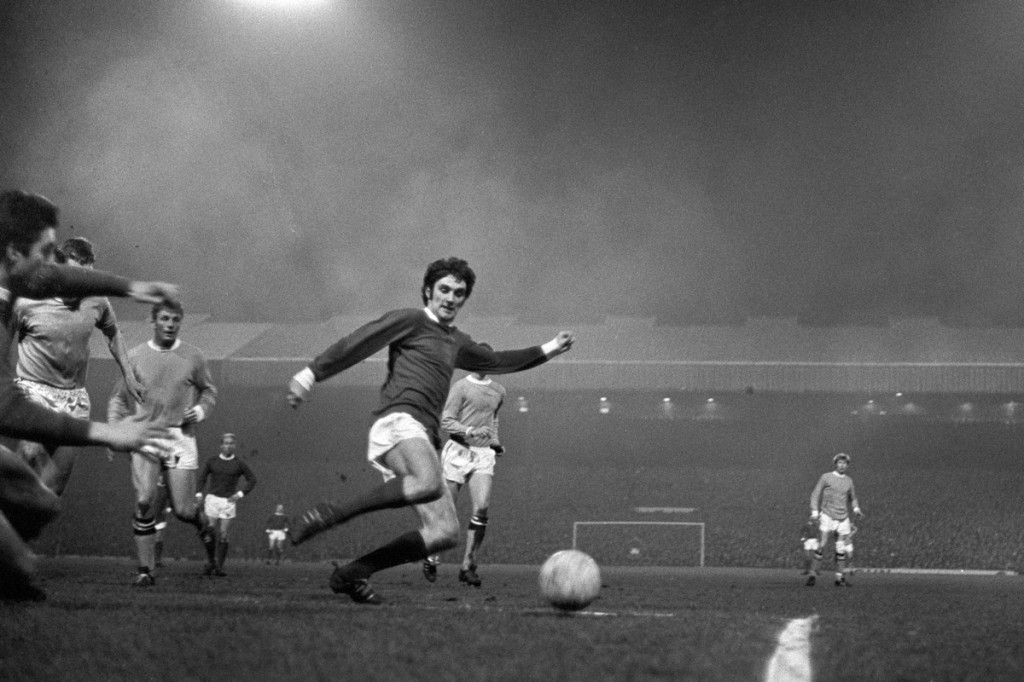 But who are his equals on the playing side? Which players can rightly be called the best to have ever worn the Manchester United shirt at Old Trafford?

Ryan Giggs and Manchester United are synonymous to each other. The man who has been with the club since 1990 and has achieved everything possible for a club footballer. He has played in every single season of the Premier League and scored in every one of them before this season. His greatest moment in a United shirt came when he lifted the UEFA Champions League in 1999 completing the treble. His goal against Arsenal in the FA Cup semifinal of the same year is considered by many as one of the best goals of all-time. He is a true legend of Manchester United and is still at the club having transformed himself into a clever centre midfielder from a pacy left winger and becoming the player-coach as David Moyes has taken over from Sir Alex Ferguson.

Duncan Edwards’ was a true genius and is known as the greatest player to have ever played for United. But fate played its cruel trick and his destiny was determined to end just 15 days after the terrible Munich air crash. Edwards is said to have been able to operate in any outfield position on the field of play. His versatility was such that on one occasion he started the match playing as an emergency striker in place of one injured player before being switched to central defence in place of another. He made his club debut at the age of 16 and was an England regular by 18. Bobby Charlton said that he had played against Pele and alongside George Best but neither of them were as good as Duncan Edwards. Since his very short span of playing career, he only comes a fourth place on this list.

Thanks to Harry Gregg, this man survived the Munich air crash and who would have known he would go on to become one of the best players the world has ever seen and arguably the best player to have ever played for England? His record with United is what made him a renowned name across the footballing world. In a 17-year career with United, he played a record 754 games, scoring 247 goals and winning the European Cup under Matt Busby in 1968. His partnership with George Best and Denis Law is known as one of the best to have ever been witnessed by fans. He was known for his long-range shots and held the record for most games by a Manchester United player before Ryan Giggs overcame his haul.

You couldn’t just talk about United and not mention Ronaldo. Even though he might have not played for so long as the others in the list, he certainly was one of the most skilful players to have played for the Red Devils. Signed for a meagre £12million (considering his talent) he went one to become a pain in the neck for every defender with his bag-full of flashy tricks and skills. His free-kicks were spot-on and his partnership with Wayne Rooney was one of the most devastating the Premier League had ever seen. He almost single-handedly won the UEFA Champions League for United in 2008 scoring 42 goals in that season and claiming the prestigious Ballon d’or award. Fans still want him back and no wonder they were unhappy he left.

It had to be him. This quote isn’t said without reason. True to the words, George Best was probably the greatest player to have the graced the Old Trafford pitch. Speed, balance, vision, superb close control, the ability to create chances and score from seemingly impossible situations tells half the story. The other half was an uncontainable zest for the game as it should be played, a ceaseless trickery and joy. Pelé, for his part, dubbed United’s no.7 “the greatest player in the world.”

A skinny teenager from Belfast, was spotted by United scout Bob Bishop, who famously told Matt Busby “Boss, I think I’ve found you a genius”. After his extraordinary performance against Benfica he was dubbed by the Portugese Press as ‘El Beatle’.
He would get past players with ease, leave them gasping for breath as he did when he scored six goals in one match against Nottingham Forest. In a match for his country against Netherlands he promised to nutmeg Cryuff and did so after the kickoff just going towards and doing a feint and an easy nutmeg past Cryuff. A statue was erected to honour George Best, Denis Law and Bobby Charlton outside Old Trafford.

Matt Busby once said, ”The team instructions were simple, just get the ball to Best whenever you can.”

Brian Kidd, former United player and current assistant manager to Mancini at City said about his friend: “I used to watch him in training and he was quite unbelievable. In most of those training games you play one or two-touch football. George could beat his marker without having even one touch. He let his body do the work without touching the ball. I’ve never seen anything like it before or since.”

George Best was an artist extraordinaire and he left an indelible mark on legions of fans and admirers.

He surely is the greatest player to have to have stepped into the Theatre of Dreams.