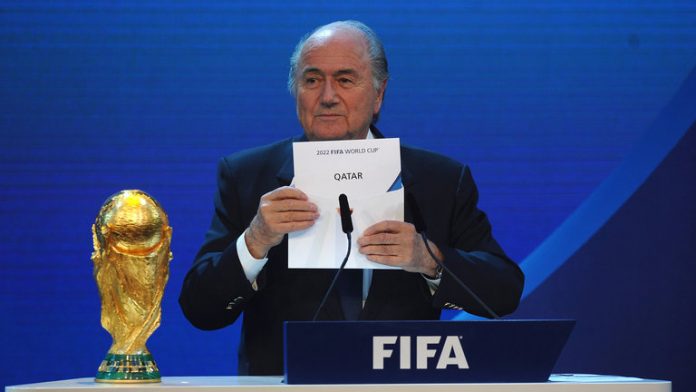 The fact that FIFA has managed to shoot itself in the foot despite staging one of the most exciting World Cups in history should come as no surprise to anyone involved in football.

FIFA has announced the dates for the 2022 World Cup in Qatar, officially confirming that the tournament will be held outside of summer for the first time.

Qatar 2022 will start on November 21 with the final on December 18, causing serious disruption to the domestic soccer calendar in Europe where the game is predominantly a winter sport.

The move is necessitated by intense summer heat in Qatar, where the temperature can reach 40C.

Football fans were left gobsmacked when Qatar was announced as the host of the competition back in 2010.

There were widespread bribery allegations during the bidding process, while the country has been under fire for its treatment of builders working on half-completed stadiums.

Unsafe conditions and low wages have led to numerous deaths and claims of modern-day slavery from human rights groups.

The switch to a winter tournament will cause a scheduling nightmare for top class football across Europe.

The 2022/23 Premier League campaign could kick-off in July to accommodate the break for the World Cup, but it would still probably run until the beginning of June meaning there would be less time to prepare for the following season.

Big clubs such as Chelsea, Arsenal and others will also face a logistical nightmare when it comes to European football.

Qualifying rounds in the Europa League take place as early as the beginning of July, when clubs traditionally return for pre-season training.

However, with a two-month break for Qatar 2022, UEFA would potentially be forced to bring the start date of both the Europa League and Champions League forward.

While expanding the game globally is a priority for FIFA, hosting the World Cup in a country incapable of staging it at a time that doesn’t disrupt other major competitions makes absolutely no sense.

It’s fair to say that FIFA didn’t exactly cover itself in glory under Sepp Blatter’s leadership. Things don’t appear to be improving with Gianni Infantino in charge.