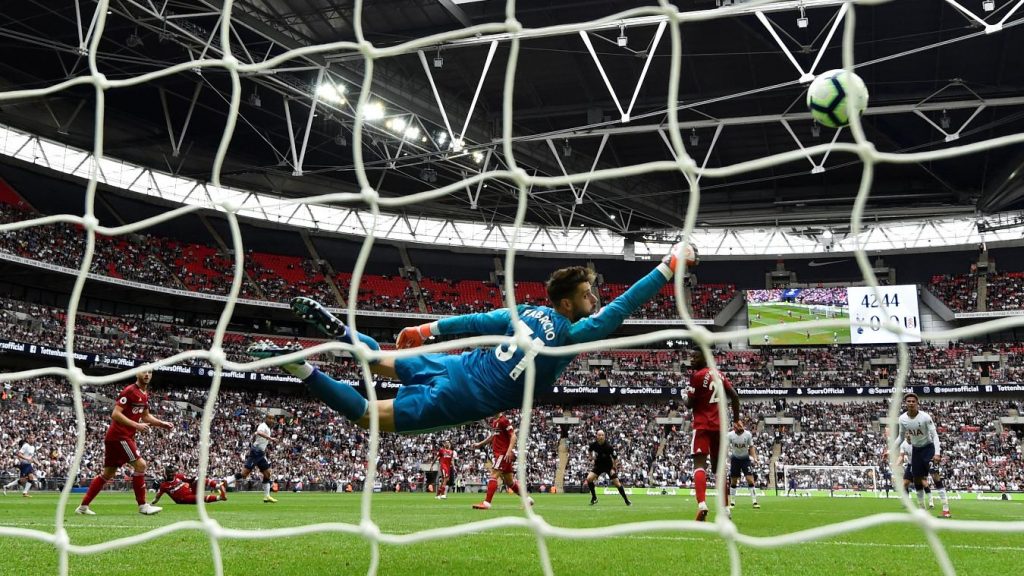 Fulham crashed to yet another defeat in the Premier League yesterday.

The Cottagers were beaten 3-1 by Spurs and it was their second league defeat in two games.

Goals from Lucas Moura, Kieran Tripper and Harry Kane ensured a perfect start to the season for Mauricio Pochettino’s side.

Fulham fought back with a goal from Mitrovic but their battle did not last long.

The away fans were particularly disappointed with Fabri’s performance against Tottenham.

The newly signed keeper was abysmal against Crystal Palace last week and although his performance improved against Spurs, it was far from convincing.

Jokanovic has the likes of Bettinelli and Rico at his disposal and it will be interesting to see whether he drops Fabri for the next game.

Clearly, some fans are not convinced by him and it would be good to take him out of the firing line for a while.

Here is how the Fulham fans reacted to their new summer signing’s performance against Tottenham yesterday afternoon.

Not gonna lie but I think Fabri is the worst keeper I’ve ever seen.

Fulham’s goalkeeper Fabri is super unimpressive. They’re gonna be in a lot of trouble unless he adapts to the PL quick#TOTFUL

Surely rico is better than fabri

Fabri is so bad. Fulham will be battling relegation if he stays in goal

MLM looks good, Zambo looks decent, Seri is class but needs to settle a bit. Bryan is decent but positioning is questionable at times chambers needs to calm himself a bit with his panic passing. Fabri makes some good saves but some very silly mistakes might just need to settle in