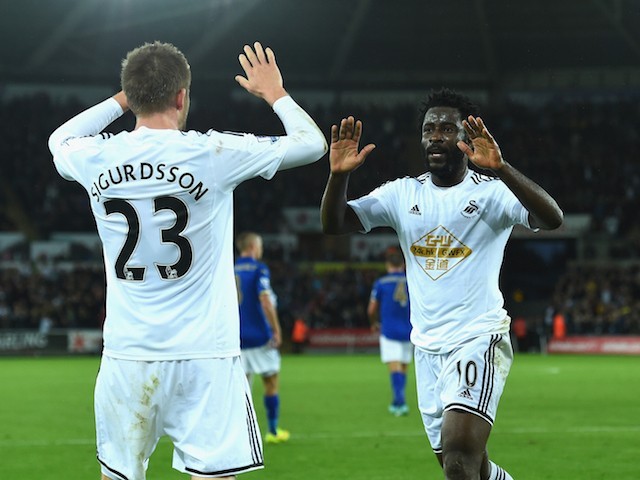 Everton have been linked with the Swansea midfielder Gylfi Sigurdsson for a while now.

According to Telegraph, the Blues have now submitted a £40million bid for the 27-year-old playmaker and the Toffees are confident of landing the player this summer.

The Swans are yet to accept/reject the offer but the fact that Sigurdsson has been left out of the club’s US tour squad suggests that they might be preparing for life without the Iceland international.

Ronald Koeman has identified Sigurdsson as a priority target and it will be interesting to see how he accommodates the former Spurs midfielder alongside the likes of Barkley, Rooney and Klaassen.

Everton will be looking to spend the Lukaku money now and the Merseyside outfit have been linked with the likes of Benteke as well.

As per the report, Sigurdsson will hold talks with the Swansea chairman Huw Jenkins about his future at the club. Telegraph claims that the player has already said his goodbyes and is edging towards an exit.

Everton have been very active in the transfer market this summer and have signed the likes of Pickford, Klaassen, Rooney and Keane already.

If they manage to agree on a deal with Swansea for Sigurdsson, the Iceland international will become the club’s record signing.